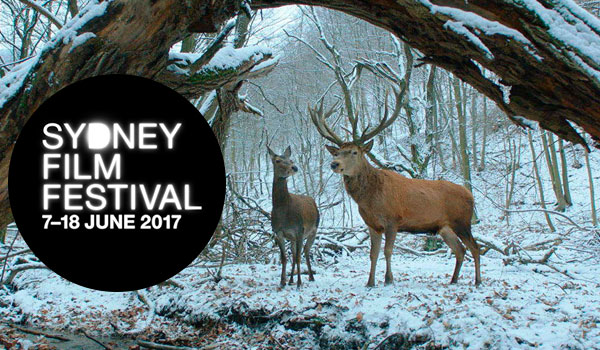 The 64th Sydney Film Festival tonight awarded On Body and Soul, directed by Ildikó Enyedi, the prestigious 10th anniversary Sydney Film Prize, out of a selection of 12 Official Competition films.

The $60,000 cash prize for ‘audacious, cutting-edge and courageous’ film was awarded to Enyedi at the Festival’s Closing Night Gala awards ceremony and event at the State Theatre, ahead of the Australian premiere screening of Bong Joon-ho’s Okja.

Accepting the award, Enyedi said,”It was such an amazingly strong competition. Its marvellous that such a film can move so many people, it gives me so much hope in cinema and in human communication”

The Dendy Awards for Australian Short Films saw the $7000 cash prize for the Dendy Live Action Short Award going to Adele, directed by Mirene Igwabi.  Sunday Emerson Gullifer was Highly Commended for her short film Tomorrow, and tomorrow, and tomorrow.  And Daniel Agdag’s animation Lost Property Office took out both the $7000 Rouben Mamoulian Award for Best Director and the $5000 Yoram Gross Animation Award.

The Event Cinemas Australian Short Screenplay Award, a $5,000 prize for the best short screenwriting, was awarded to Michael Cusack, the writer and director of stop motion animation After All.  And the writers of Screenability short film The Milky Pop Kid, Johanna Garvin and Emily Dash, were Highly Commended.

“Amongst ten noteworthy films, one film enthralled us with its blend of nuanced characters and narrative depth.

“In classic cinema verite fashion, the filmmaker introduces us to two singular women who give her unfettered access to their constantly changing lives, revealing a profound trust between filmmaker and subject that renders this film deeply personal and intimate.

“Through the unflinching gaze of her lens, this filmmaker immerses us in a world that, in less disciplined hands, could very well have been voyeuristic.  Instead we are treated to a film that is handled with affection and grace.”

“We the Jury give the Australian documentary prize to Sasha Ettinger Epstein and Claire Haywood for The Pink House.”

2017 marks the fourth year the prize has been supported by the Foundation.

“This year’s Jury was particularly excited by the exceptional talent that continues to emerge from Australia’s animation sector.

“We were captivated by the original and diverse stories and variety of animation techniques presented in both the Dendy Awards and in the rest of the Festival.

“Lost Property Office stood out for its direction, storytelling and exquisite visuals that could only have been realised through animation, which was the perfect choice of medium to tell this story.”

The Festival’s short-film competition is now in the 48th year; and has been sponsored by Dendy Cinemas for 29 years. Winners of the Best Live Action Short Film award and the Yoram Gross Animation award, sponsored by Yoram Gross Films, are Academy Award-eligible, opening new pathways for many Australian filmmakers.

The 10 finalists for the 2017 Dendy Award for Australian Short Film are listed HERE.

“Event Cinemas is proud to once again sponsor The Event Cinema’s Australian Short Screenplay award.  Events acknowledges and supports the idea, concept and vision of a short film as penned by the writers in this exciting category.

“To be able to participate and support an outstanding written script by an Australian at this iconic film festival, we hope to encourage and support the writer towards inspiring development and achievements in the film landscape. We applaud all the short films within the category as stand out short films from the writers.”

Winners of all Sydney Film Festival awards are presented with the Festival’s signature mesmeric swirl award, designed and handmade in Sydney by Festival partners Dinosaur Designs.