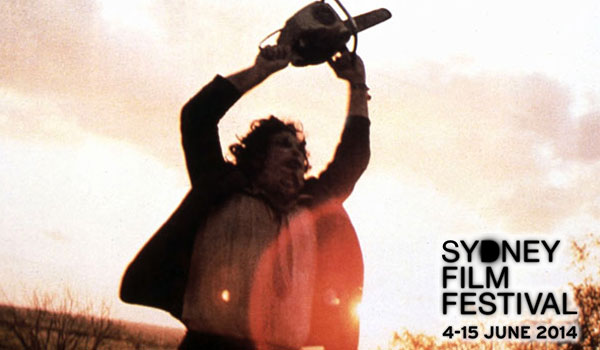 The 61st Sydney Film Festival today announced 32 films to be featured in this year’s event in advance of the full program launch on Wednesday 7 May.


“We are pleased to present this sneak preview of 32 of the 180-plus films in this year’s program,” said Festival Director Nashen Moodley. “We have gathered a selection of the best films from the best film festivals and filmmakers around the world and across Australia. Together this will give you a multi-faceted look at the state of our world right now – our interests, our fears, our hopes and dreams.”

The Sydney Film Festival expands its geographical footprint west to Blacktown this year with a special 40th anniversary restoration of the cult classic The Texas Chain Saw Massacre on Friday the 13th of June at the Skyline Drive-In.

In addition, SFF will return to the State Theatre, Event Cinemas George Street, Dendy Opera Quays, Art Gallery of NSW, the popular Festival Hub at Town Hall and, for the second year, to the much-loved Hayden Orpheum Picture Palace in Cremorne.

This first announcement comprises 32 titles including one World Premiere, 19 Australian premieres, 13 features, 11 documentaries and a special eight-film retrospective on maverick American filmmaker Robert Altman, with his son and filmmaker Michael Altman attending the Festival as one of our many special guests. Michael Altman is a highlight of our extensive talks program (announced in full in May), and will introduce several of our Altman screenings.

Today’s announcement includes insights into the minds of three of the most powerful political and philosophical figures of our age, with the enlightening documentaries Is The Man Who Is Tall Happy?, in which director Michel Gondry (Eternal Sunshine of the Spotless Mind) interviews Noam Chomsky; The Unknown Known, in which director Errol Morris (The Fog of War) interviews Donald Rumsfeld; and Nelson Mandela: The Myth and Me, about Mandela’s contested legacy.

This sneak peek also invites you on some out-there adventures: on a pop comedy road trip with Frank starring Michael Fassbender as a masked musical genius, also starring Maggie Gyllenhall and Domhnall Gleeson; to the Ukraine with topless feminist sensation FEMEN in Ukraine Is Not Brothel; and on a reunion concert tour of Sheffield with Jarvis Cocker and his Brit-rock band Pulp in the music doco of the same name.

From cutting-edge physics at its sexiest in Particle Fever to the utterly delightful story of three Swedish teenage girls who want to form a punk band in We Are The Best!, this selection is just a sample of what you can expect from the 180-plus films from roughly 50 countries that will appear in the 2014 Sydney Film Festival.

The program also includes some of this year’s biggest independent film hits, including Indian love story The Lunchbox starring Irrfan Khan, and the Chinese noir thriller Black Coal, Thin Ice, which won the Golden Bear for best film at the 2014 Berlinale.

In addition, SFF 2014 will feature a specially curated photographic exhibition called Rosebud by Los Angeles-based Australian photographer Hugh Hamilton. Presented in association with Head On Photo Festival with support from Arthead, Rosebud presents a series of striking and intimate portraits of film stars and filmmakers taken with their ‘rosebud’ – a personal object of particular significance to their life and work, a concept inspired by the classic film Citizen Kane.


The full Sydney Film Festival program is announced on Wednesday 7 May at 10am.

* Flexipasses and subscriptions to Sydney Film Festival 2014 are on sale now. Please call 1300 733 733 or visit sff.org.au/preview for more information.