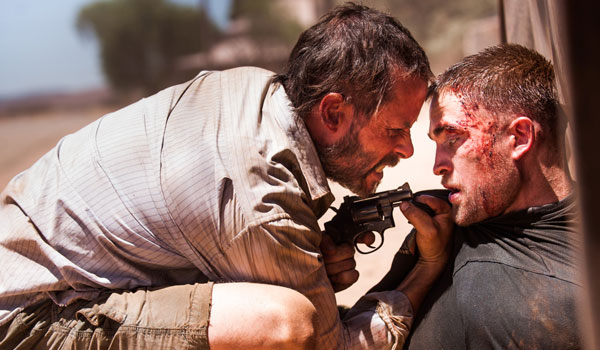 The 61st Sydney Film Festival program was officially launched today by the NSW Minister for the Arts, Troy Grant. Mr. Grant said of the event –

“The New South Wales Government, through Screen NSW and Destination NSW, is very pleased to be again supporting Sydney Film Festival which is also part of Vivid Ideas 2014­. Sydney Film Festival is a highlight of the city’s rich arts calendar and an important part of our cultural fabric. The Festival underpins Sydney’s recognition as a UNESCO City of Film, and I look forward to experiencing the Festival this June,”

Direct from its world premiere screening at the Cannes Film Festival, SFF and Vivid Ideas are proud to present the Australian Premiere of the highly anticipated futuristic thriller The Rover and host the director David Michôd and key talent Guy Pearce and Robert Pattinson at the State Theatre on Saturday 7 June. The Rover screens as part of the SFF Official Competition. David Michôd, Guy Pearce, Robert Pattinson and producer Liz Watts will also give a talk as part of Vivid Ideas, further details to be announced in the coming weeks.

In 2014, SFF features the most Australian films ever to compete for the prestigious Sydney Film Prize: in addition to The Rover; the 12 film selection includes the World Premiere of Kasimir Burgess’ Fell, and Amiel Courtin-Wilson and Michael Cody’s Ruin. The internationally recognised SFF Official Competition, now in its seventh year, awards a $60,000 cash prize in recognition of courageous, audacious and cutting-edge cinema. The previous Sydney Film Prize winners are: Only God Forgives (2013), Alps (2012); A Separation (2011), which went on to win an Academy Award; Heartbeats (2010); Bronson (2009); and Hunger (2008).

SFF will screen in even more venues this year including the State Theatre, Event Cinemas George Street, Dendy Opera Quays, the Hayden Orpheum Picture Palace Cremorne, Art Gallery of NSW and, new in 2014, the Skyline Drive-In Blacktown, with a special 40th anniversary screening of The Texas Chain Saw Massacre on Friday The 13th June.

The Apple Store Sydney hosts a selection of free public talks and SFFTV @ Martin Place returns for its fourth year with a big screen at Martin Place Amphitheatre, giving you a multi-layered look at all things SFF, with an ever changing mix of trailers, red-carpet coverage, short films and more.

Also in 2014, The Hub returns to Town Hall for a third year with a packed program of talks, exhibitions, live performances and over 25 free events. Open until midnight for 11 days only from 5-15 June, this Festival pop-up bar is the beating heart of SFF. Situated within a short stroll of most Festival venues, the Hub is the perfect meeting place for film lovers to relax, mingle and be entertained.

SFF will screen 10 films direct from the 2014 Cannes Official Selection, Directors’ Fortnight and Critics’ Week, including: The Rover in Cannes Official Selection; Two Days, One Night, The Captive in competition; How To Train Your Dragon 2 out of competition; Cold in July, The Tale of The Princess Kaguya, You’re Sleeping Nicole and National Gallery in Directors Fortnight; The Texas Chain Saw Massacre as a special screening in Directors Fortnight; and Life Itself in Cannes Classics.

The Opening Night Gala features the Australian Premiere of 20,000 Days on Earth, an innovative film about international cultural icon Nick Cave directed by visual artists Iain Forsyth & Jane Pollard, who will be in attendance. The Opening Night Film screens at the State Theatre on Wednesday 4 June at 7:30pm and is followed by an afterparty at Bungalow 8, Kings Street Wharf with beverages supplied by Eden Road, Little Creatures and Yarrabank. Opening Night is presented by Audi.

The Closing Night Gala features the Australian Premiere of the vampire mockumentary What We Do in the Shadows, the new film from Taika Waititi (who directed Boy, which won the Audience Award at SFF 2010) and Jemaine Clement (Flight of the Conchords) at the State Theatre on Sunday 15 June at 8pm. The Closing Night Gala which also includes the announcements of all the SFF awards for 2014, including the $60,000 Sydney Film Prize (see Official Competition below). Taika Waititi will attend the Festival and introduce the screening.
The 61st Sydney Film Festival runs 4-15 June and brings a packed program of screenings and special events to even more venues across Sydney. For tickets and full up-to-date program information visit sff.org.au