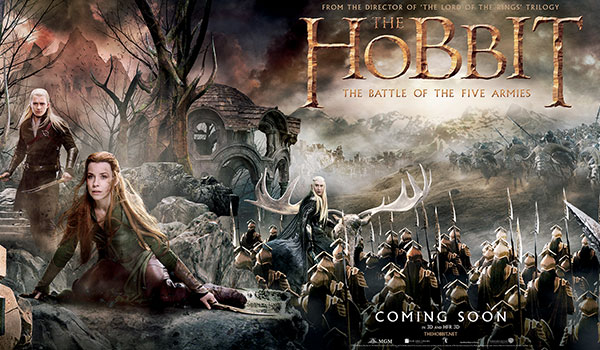 Roadshow films have released a beautiful artwork for Peter Jackson‘s The Hobbit: The Battle Of The Five Armies.

The Hobbit: The Battle Of The Five Armies will be released in Australian cinemas on December 26 (Boxing Day).