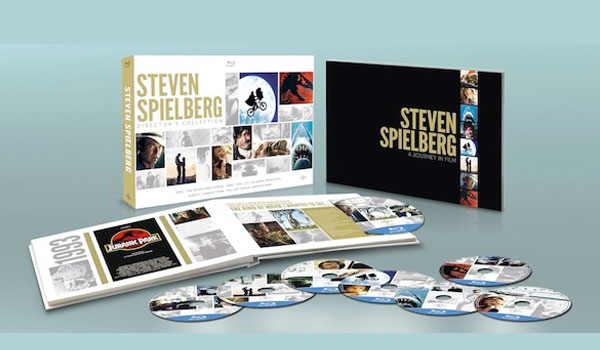 For the first time ever, a landmark collection of unforgettable films, from the most influential filmmaker of our time.

Eight memorable films from one of the most acclaimed directors in motion-picture history come together for the first time ever in the Steven Spielberg Director’s Collection, available on Blu-ray™ from October 23, 2014, from Universal Sony Pictures Home Entertainment. Since beginning his long and distinguished career on the Universal backlot more than 40 years ago, Spielberg has gone on to direct an unprecedented number of some of the biggest box office hits and critically-acclaimed films in cinematic history. The Steven Spielberg Director’s Collection showcases some of the most unforgettable movies the three-time Academy Award® winner.