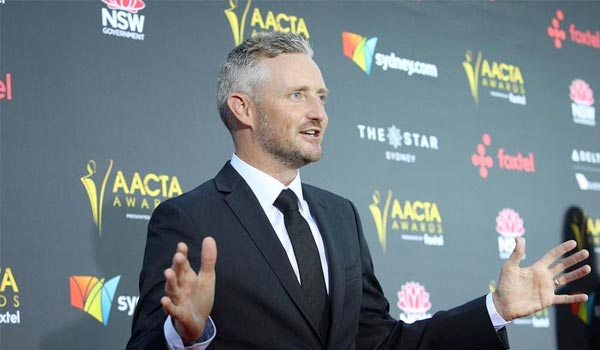 The countdown to Australia’s top film and television awards is well and truly underway, with the Australian Academy of Cinema and Television Arts (AACTA) today announcing that much-loved Australian actor Stephen Curry will host this year’s Awards Ceremony, televised on Channel Seven.

Held on Wednesday 5 December at The Star Event Centre in Sydney – home of the AACTA Awards – the 2018 AACTA Awards presented by Foxtel will celebrate AFI | AACTA’s 60th anniversary as Australia’s longest standing national screen culture and industry development organisation. The Awards Ceremony will not only celebrate the top screen achievements of the past year, but will also look back on the Australian Academy and Australian screen industry’s incredible history, talented practitioners and world-class productions.

An AFI Award-winning actor (for starring as industry stalwart Graham Kennedy in THE KING in 2007), Stephen returns to host this year’s special AACTA Awards Ceremony, last hosting the Ceremony in 2008 when AFI celebrated its 50th Anniversary.

“I am so thrilled (and weeing my pants a little bit) to be hosting the 60th Anniversary of the AFI | AACTA Awards,” said Stephen Curry. “It’s been ten long years since they’ve let me take the reins of the night and for some ridiculous reason, they’ve asked me back. I can’t wait to celebrate one of the most outstanding years in the history of our industry. And as excited as I am to be hosting, I just can’t shake the feeling that Russell Crowe said he was busy.”

“Stephen Curry is not only one of Australia’s most well-loved and respected actors, he is also a long-time supporter of AFI | AACTA, having helmed the 50th Anniversary AFI Awards back in 2008 – among our finest awards ceremonies to date,” said AFI | AACTA CEO Damian Trewhella. “We are thrilled to have Stephen return to host our 60th Anniversary Awards Ceremony and look forward to what is sure to be an amazing show.”

NSW Minister for the Arts Don Harwin said, “The AACTA Awards are an important celebration of our thriving film and television industry, honouring the profound talent and unforgettable performances that have helped define this next generation of cinema-goers and screen-junkies. There is absolutely no denying the life and colour that the screen industry injects into our culture and economy, so we are thrilled to once again be hosting Australia’s best and brightest for this year’s AACTA Awards here in Sydney.”

Tickets to the 2018 AACTA Awards Ceremony presented by Foxtel are open to the public and industry and are on sale now. To book, visit www.aacta.org/whats-on.