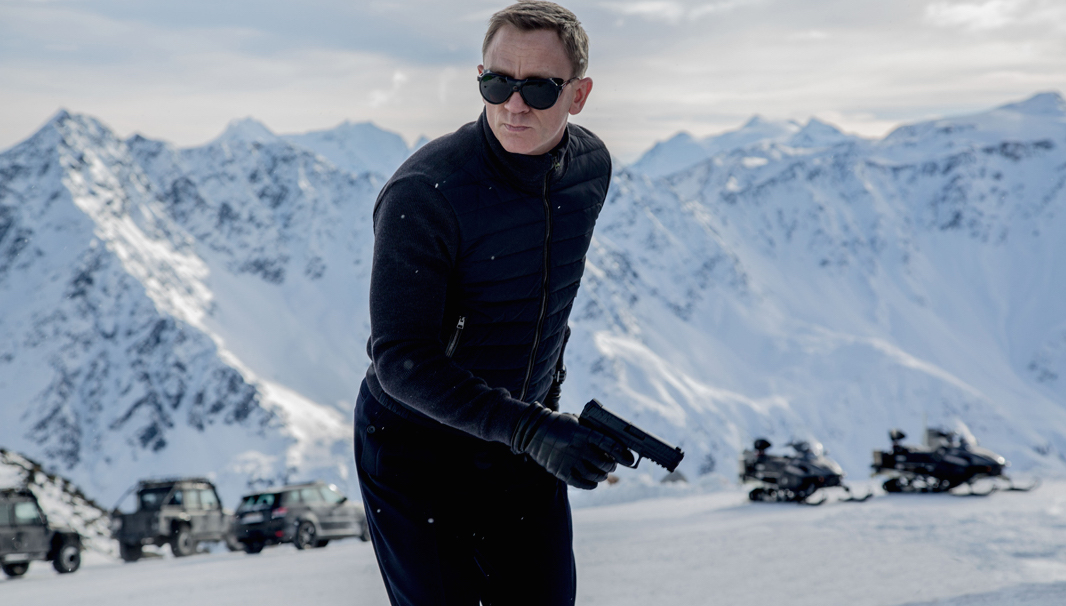 The James Bond franchise has been an ongoing thing for many years. The action, the lust, the mystery and the non-stop ‘what’s-going-to-happen-next’ always stood out from these films. With its predecessors, Casino Royale (2006), Quantum of Solace (2008) and Skyfall (2012), Spectre is a solid addition to the rebooted style of the classic James Bond films. The action-packed scenes and the fierceness of style make this film great but there’s more to it than just the thrill of killing off the bad guys and being with the hot, sassy woman. With Robert Mendes directing this movie since his work in follow-up movie, Skyfall, Mendes provides a cinematic experience that keeps the essence of excitement showcased in the previous films.

After watching the films before Spectre, I noticed throughout that there was maturity progression in 007 (Daniel Craig). He faced with many trials with losing people in his life and found a way to pretty much shut off his emotions through his agent work; but what you notice about his character dynamic is how deeply he cares about people, showcasing a vulnerable side to the renowned agent. 007 is sent out on a mission in Mexico with him being unofficially assigned by previous M (Judi Dench). Bond ends up killing two men who plan on blowing up a stadium, while a festival is happening. Despite killing the villains that contemplated on blowing up a stadium (which managed to set off anyway), one villain escapes, known by the name Marco Sciarra (Alessandro Cremona). Bond ends up killing him, stealing his ring with an octopus symbol engraved on it.

Current M (Ralph Fiennes), ends up suspending Bond from his duties. In spite of this, Bond travels to Rome to attend Marco’s funeral and ends up visiting Sciarra’s widowed wife, Lucia (Monica Belucci) and he ends up asking about the ring and the meaning behind the octopus symbol. Lucia shares details about the criminal organisation named Spectre and how Marco played a huge part in it. With this information, Bond pieces the puzzle together with the help of Q (Ben Whishaw) and Eve Moneypenny (Naomie Harris), finding details in locating the Spectre leader, Franz Oberhauser (aka Blofeld) (Christoph Waltz), who then urges Bond to protect his daughter, Dr. Madeleine Swann (Léa Seydoux) from the Spectre organisation.

The film itself was hilarious and action-packed and followed the same formula that all Bond films strive to fit; the action, the lust and the explosions. With the franchise being so popular, it’s easy to get lost in the details of what a James Bond classifies as good because of this formula. Following on his success in Skyfall, director Robert Mendes stages the setting of the film perfectly, with the help of cinematographer, Hoyte van Hoytema, executing the visually appealing offering Spectre projected on-screen. However, despite the positives that were provided in the film, the length of it was questionable, with some parts dragging on a bit. With its exciting, action-packed bits, those scenes felt like it took away the substance of the whole story.

Being a newbie to the whole James Bond franchise, Spectre was entertaining, enthralling and picturesque. As a viewer, you value Bond’s way of living even more, with him showcasing a more vulnerable side to who he is. Despite how tough he appeared to be as an agent, killing all the bad guys and courting all the beautiful women, 007’s transformation in Spectre teaches you a lesson or two that no matter how strong and capable you are in accomplishing a job, it doesn’t make you less of a human to showcase a vulnerable side and that is what he embodies; a courageous transformation, depicting loyalty and honesty in spite of his weaknesses.

Spectre is now showing in all Australian cinemas