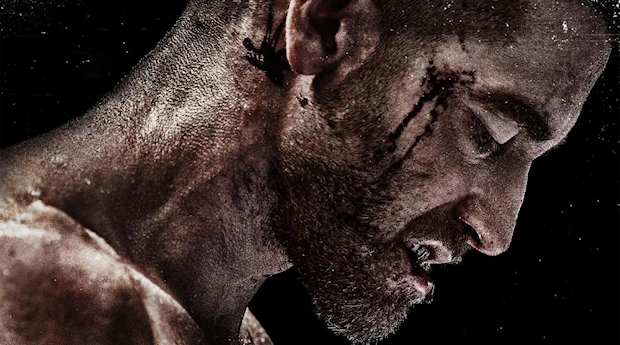 Considering the calibre of Sports Drama films already done – to name a few, The Fighter and Million Dollar Baby, it’s easy to pin down the inspirational and motivational themes that have already been touched. Bring in Southpaw – a movie that is formulaic yet compelling in its own right. It’s easy to misjudge films that come under Sports Drama because some people aren’t comfortable with the cliché-driven narratives. Southpaw has been collectively slammed down by critics with its release due to having higher expectations for the title – however, the film sheds some light in its storyline. The story follows boxing extraordinaire, Billy Hope (Jake Gyllenhaal) – a character portrayed as strong and defeat less in what is considered a dangerous sport. His wife, Maureen Hope (Rachel McAdams) encourages him to take time off from his career but Billy is fixated on the idea of winning – wanting to continue his efforts to fight especially against his enemy, Miguel ‘Magic’ Escobar (Miguel Gomez).

After a media conference, tragedy strikes and Maureen ends up getting killed, leaving Billy and his daughter, Leila (Oona Laurence) behind. In the aftermath of the event, Billy falls into a spiral of depression, seeking solace towards drug and substance abuse, resulting in the dispossession of his prized things as well as losing custody over his daughter. The court then takes action with Billy having no choice but to set his pride aside and work towards improving his life for the sake of his career and family. From here, he ends up working at a local gym owned by Tick Wilis (Forest Whitaker), preparing for one of the biggest fights he will ever witness in his life with Wilis’ help. The narrative Southpaw encompasses is an interesting one. The themes surrounding the film focuses on family, resilience and hope, bringing a compelling message to the story. Gyllenhaal’s take on his role is outstanding, providing an in-depth look to the narrative with his continuation of his glowing work in last year’s Nightcrawler. However, what let down the film was its running time with some scenes dragging on. The storyline also has some striking similarity to Clint Eastwood‘s Million Dollar Baby, making it unoriginal and mediocre in comparison to its counterparts.

As a director, Antoine Fuqua challenges the audience with something confronting. It brings a perspective showcasing that even the people who have everything can go through such tragedies. Although the film contains this important message, it’s not one of the best Sports Dramas one could witness. As mentioned before, its formulaic way of doing things may not sit well for viewers with high expectations.

With its confronting scenes and compelling storyline, it’s impossible not to like Southpaw. It’s no Million Dollar Baby or The Fighter but what it offers is a story of hope for the worst of times.