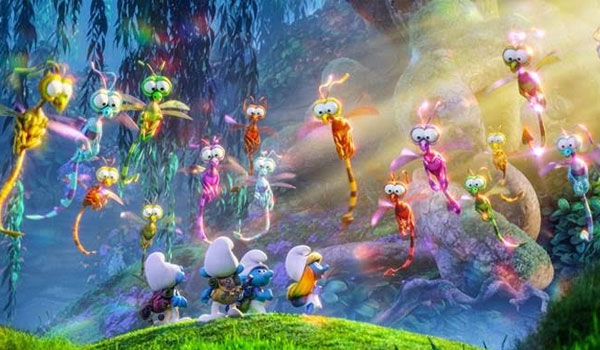 Sony Pictures Releasing and Sony Foundation Australia have partnered to help raise much-needed funds for Sony Foundation’s Children’s Holiday Camp Program. Special advance screenings of the hit animated adventure SMURFS: The Lost Village will be held at select cinemas nationally to support this unique respite program. Sony Foundation Children’s Holiday Camp Program empowers high school and university students to take on the responsibility for the care of children with special needs over four days, allowing their families to have invaluable time off.

Purchase tickets online or at the box office at participating cinemas.

Sony Foundation is the charitable arm of the Sony Group of Companies in Australia. Since its inception in 1998, Sony Foundation has raised more than $27 million to support young Australians in need. To find out more about Sony Foundation Australia and the Children’s Holiday Camp Program visit www.sonyfoundation.org

In this fully animated, fresh new take on the Smurfs, a mysterious map sets Smurfette and her best friends Brainy, Clumsy and Hefty on an exciting and thrilling race through the Forbidden Forest filled with magical creatures to find a mysterious lost village before the evil wizard Gargamel does. Embarking on a rollercoaster journey full of action and danger, the Smurfs are on a course that leads to the discovery of the biggest secret in Smurf history!

SMURFS: The Lost Village is in cinemas from March 30.