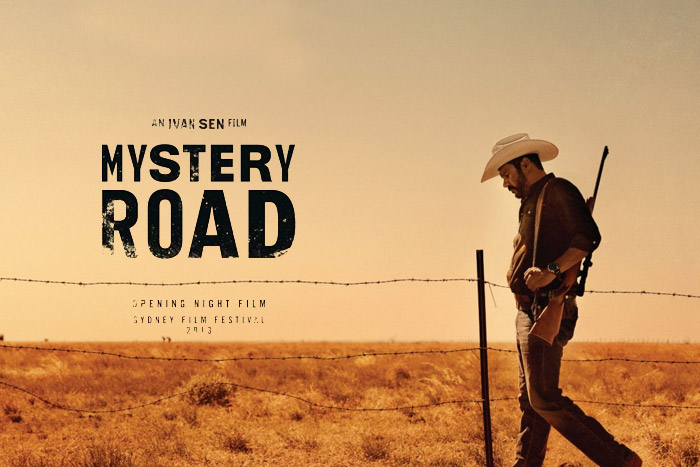 The World Premiere of Ivan Sen’s Mystery Road will mark the grand opening of this year’s Sydney Film Festival.

When:
Wed 5 June
Where:
State Theatre

About the film
Indigenous detective Jay Swan (an impressive Aaron Pedersen) returns to his remote hometown and his first case is the murder of a teenage girl. Having spent a considerable amount of time in the big city, when Jay returns he is alienated from both the police force and his community, including his own daughter. Though thwarted in his investigations by a lack of cooperation from the locals, and a lack of interest from his fellow cops, Jay gradually unravels a complex crime web.