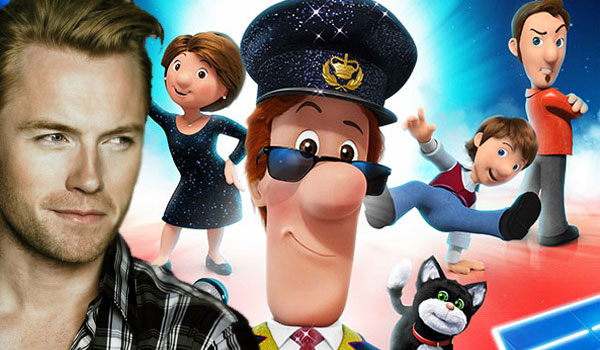 X Factor judge RONAN KEATING will celebrate the forthcoming release of Postman Pat The Movie in Sydney, by attending a preview screening for the film at Hoyts Entertainment Quarter on August 9.

WHAT:
RONAN KEATING (singing voice of Postman Pat) and Postman Pat himself introducing a preview screening for families at 11am.


About the film
Everyone’s favourite postie, POSTMAN PAT (Stephen Mangan), comes face‐to‐face with the dark side of the fame dream when he enters a national TV talent show.  The demons of money, status and a new shiny suit conspire to tear Pat away from his friends, family and the village which loves him.

POSTMAN PAT: THE MOVIE (3D) is released in Australia on 16 August 2014 by Pinnacle Films.