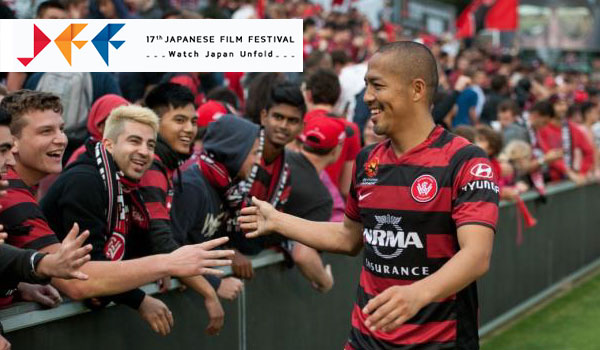 JFF Cultural Ambassador Shinji Ono will be present as at the Opening Night for the 17th Japanese Film Festival this Thursday 14th November, possibly one of his last off-field appearances for 2013.

He will be attending both the VIP Opening Night Gala prior to the film screening of The Great Passage at Event Cinemas, George Street.

For film and sporting fans alike, this is an extremely rare opportunity to see Ono, a prolific international athlete that is the perfect representative of cross-cultural connections between Japan and Australia.

For program details and bookings, please go to www.japanesefilmfestival.net