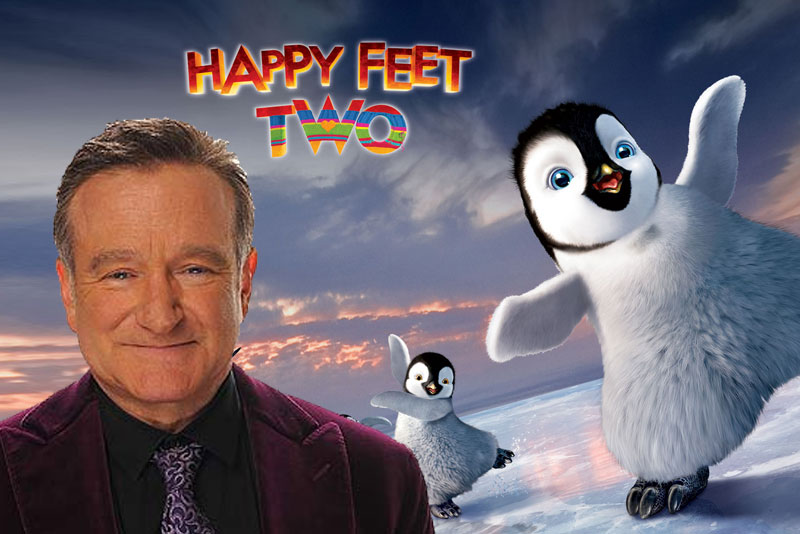 Stars to tap their way down the ‘white carpet’ at the Australian premiere of HAPPY FEET TWO!

Actor and comedian Robin Williams and writer-director George Miller will walk the ‘white carpet’ at the Australian premiere of their new film HAPPY FEET TWO in Sydney this Sunday (December 4).

The sequel to the animated smash-hit Happy Feet reunites the Academy Award winners to the magnificent landscape of Antarctica, this time in superb 3D. Guests will also have the chance to be photographed with the film’s stars Mumbles, Erik and Lovelace.

About the film:
Mumble’s tiny son Erik is choreo-phobic. Reluctant to dance, Erik and his friends run away where they soon meet The Mighty Sven – a penguin who can fly! Mumble has no hope of competing with this charismatic new role model but things are about to get worse when the world is shaken by powerful forces. Erik soon learns of his father’s guts and grit as Mumble brings together the penguin nations and all manner of fabulous creatures – from tiny Krill to giant Elephant Seals – to put things right.

‘HAPPY FEET TWO’ releases in cinemas nationally on December 26, 2011 and is yet to be rated.