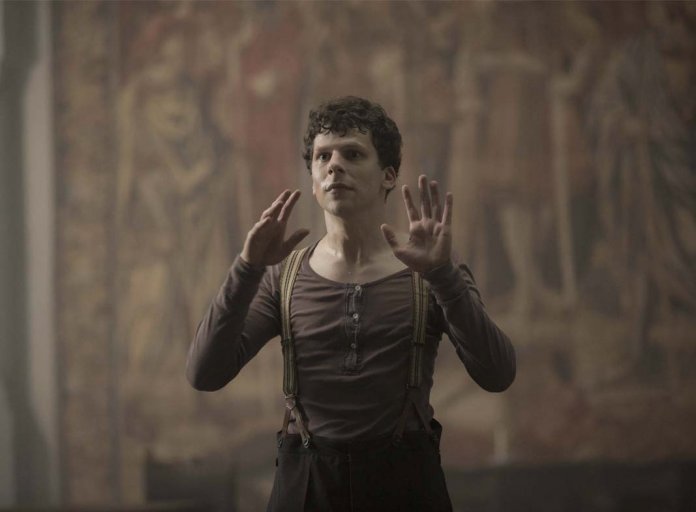 Directed by Jonathan Jakubowicz, Resistance stars Jesse Eisenberg as celebrated mime artist Marcel Marceau in a film inspired by his work in the French Jewish Resistance during the Second World War. The key phrase here being “inspired by”. 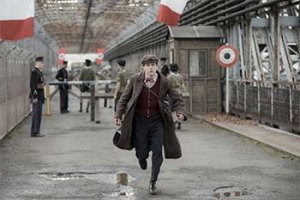 The film starts with Marceau trying to ply his trade as a performer in cabarets, much to his conservative father’s disapproval. He joins up with the French Jewish Resistance to help rescue Jewish children from Germany, and then helps secret them throughout France to hide them from the Germans. It follows his adventures throughout the war, with some harrowing encounters with Klaus Barbie (Matthias Schweighöfer) and the Gestapo.

Eisenberg‘s performance alternates between genuinely good and his usual jittery schtick, although this becomes less noticeable as the intensity of the film increases. The central problem is something I wish Hollywood would settle: should Americans playing foreigners speaking their native language have an accent or not? By choosing a multinational cast including Clémence Poésy and Félix Moati, it probably forced them to make Eisenberg do an accent for the sake of consistency and, well, he’s just not good at it. If they’d just cast a non-American in the role, they could have solved that problem. It’s not the worst performance, but its niggles are distracting. 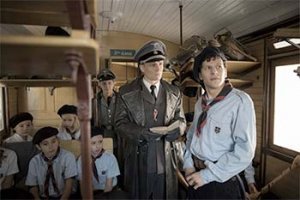 If the film had been about a fictional character it’d be a passable thriller, but the contrived setpieces involving Marceau’s miming ring cartoonishly false in terms of setup and payoff. Given it’s never clear if anything we’re witnessing actually happened, it really feels like the studio had a story lying around and some scenes were added in to make it seem like the film was about Marceau instead of a generic Resistance fighter. If Marceau had been famous for juggling, you get the impression there’d have been a scene where he saved the day by keeping multiple grenades in the air. All this and not one scene where Marcel Marceau is told by a Gestapo officer that there are ways of making him talk.

Overall, it’s not a terrible movie, but it’s just got too many irritating little faults to warrant an endorsement. Marcel Marceau was a hero, and his contributions don’t need this sort of high-octane embellishment.