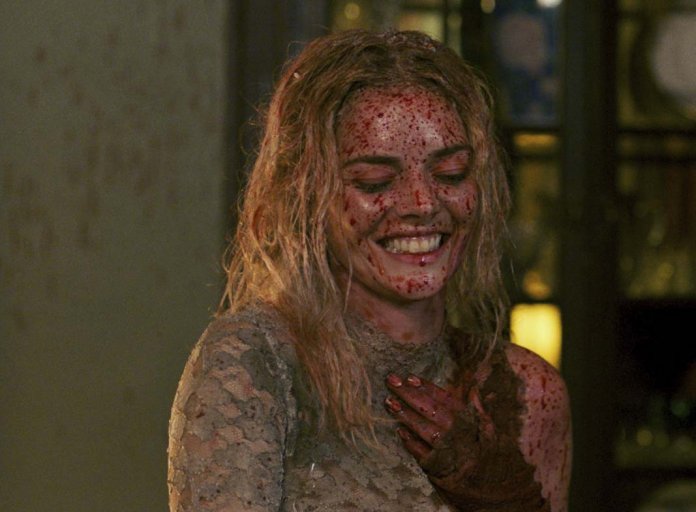 Directed by Matt Bettinelli-Olpin and Tyler Gillett, Ready or Not is a Grand Guignol horror with a lot of laughs and showers of gore.

Grace (Samara Weaving) is marrying into the hyper-rich Le Domas family, despite warnings from her fiancé (Mark O’Brien) and his brother (Adam Brody). When he explains there’s a family tradition that requires any new additions to the family to play a game, she doesn’t expect the consequences to be quite as severe as they turn out to be. Grace becomes the prey in a hunt in the family’s vast Gothic mansion, with the whole family joining in the fun. 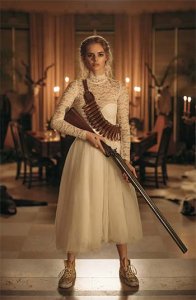 The film is a lot of fun, with some amusingly brutal deaths, striking visuals and a great performance from Weaving. It’s got some fairly broad class satire, but really it’s all about the chase. The actual tension is kept tightly wound, thanks largely to Weaving’s saucer-like eyes and quivering demeanour. Where it lacks is its control of tone, with villains more bumbling and slapstick than scary and a script with such unnaturally precise exposition you’ll wish they would just keep quiet and keep hunting. Some things are just too obviously telegraphed, and some of the dialogue rings false and out-of-keeping with the characters who, despite an excellent cast, occasionally feel too much like something out of a cartoon.

All told though, it’s highly entertaining, and should definitely be seen with a few drinks, a rowdy audience, a nice big screen and loud speakers. If the premise sounds innately entertaining or if you’ve seen it and want something that really nails what this film is trying for, be sure to check out Adam Wingard’s excellent You’re Next. Ready or Not isn’t perfect, but feels destined to be a midnight favourite.