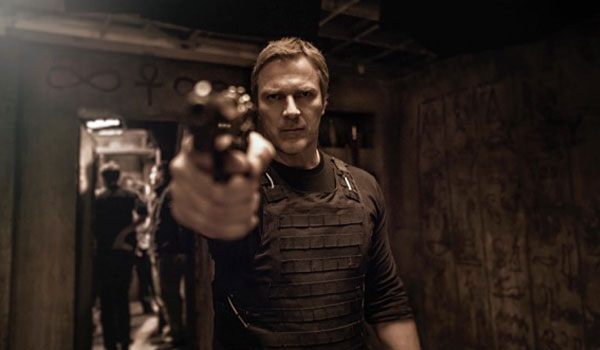 Mike Dopud, star of the cult US sci-fi series Stargate will walk the red carpet with his Australian co-stars Anna McGahan, Paul O’Brien and Mansoor Noor at gala screenings in Sydney and Brisbane later this month of their new international Australian film Project Eden: Vol. I.

The film, co-directed by Terrance Young and Ashlee Jensen, won the Best SciFi Vision Award over the weekend at its world premiere screening at the Boston SciFi Film Festival.

Mike Dopud is best known for roles in the television series Stargate and Dark Matter and for roles in X-Men Origins: Wolverine, X-Men: Days of Future Past and Rise of the Planet of the Apes.

Anna McGahan is well known to Australian audiences for her work in Underbelly: Razor, and House Husbands, Paul O’Brien (Home & Away) is a two-time Logie Award winner and Mansoor Noor was recently seen in the ABC hit series Cleverman.  US cast include Erick Avari (Stargate, The Mummy, Mr. Deeds), Bruce Bohone (Fargo, Man of Steel) and Cliff Simon (Stargate SG-1).

Check the trailer for Project Eden below:

The Australian premiere of Project Eden will be held at Palace Barracks Cinema, Brisbane.

The Sydney screening of Project Eden will be held at The Chauvel Cinema, Paddington.