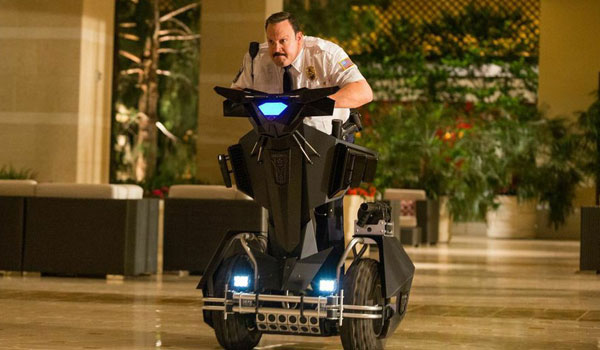 
About the film
In this sequel, in which Kevin James reprises the role of Paul Blart, the security guard is headed to Las Vegas to attend a Security Guard Expo with his teenage daughter Maya (Raini Rodriguez) before she departs for college. While at the convention, he inadvertently discovers a heist – and it’s up to Blart to apprehend the criminals.

ONLY AT THE MOVIES! APRIL 16