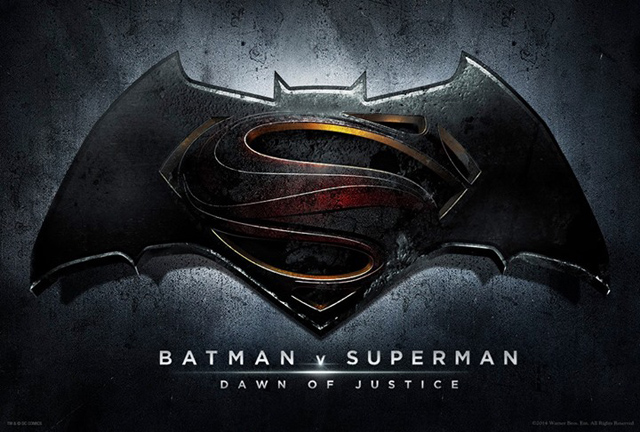 The official logo artwork has been released as well as the first look at Ben Affleck in the batsuit which was released a few weeks ago (check it out below). The film will star Henry Cavill, Ben Affleck, Amy Adams, Jesse Eisenberg and many more talented actors and actresses.

In the meantime, you can check out the official website for the movie BatmanvSupermanDawnofJustice.com