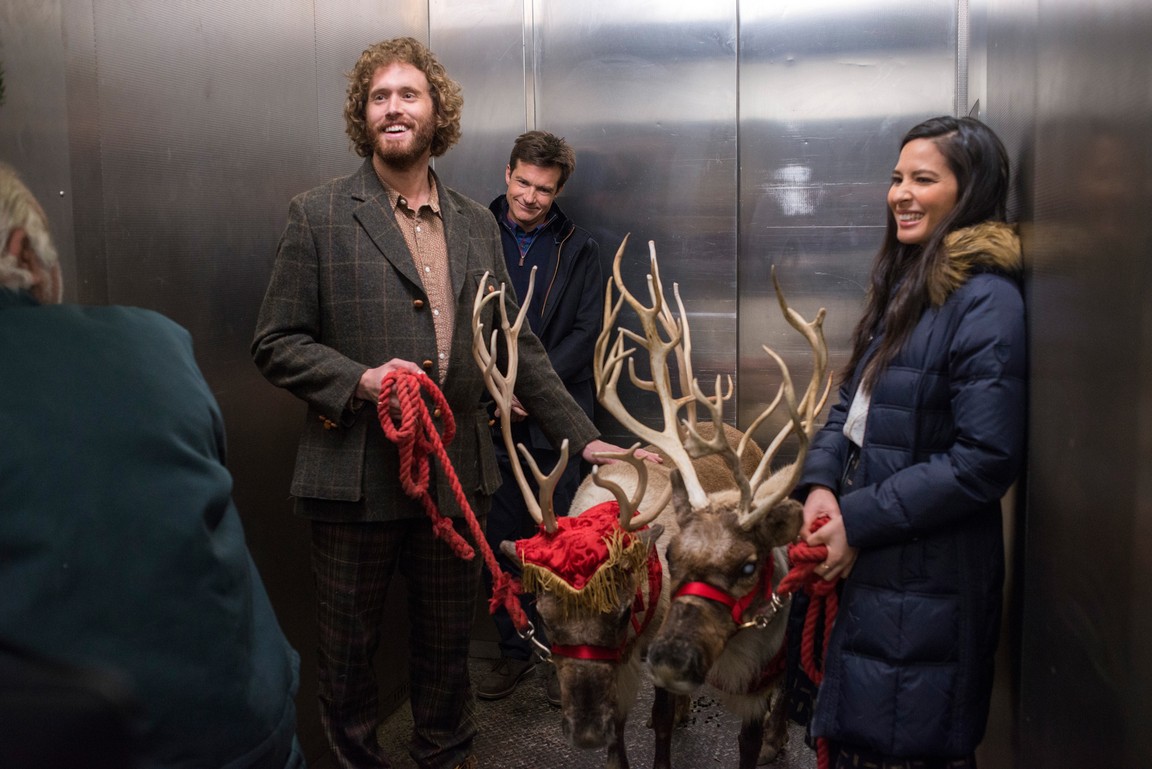 And you thought your office place was cool.

Another year, another slew of festive Christmas themed movies to remind you of how lonely and insecure you are with your relationships and career. But fear not! The Christmas miracle is upon us, with one hell of an Christmas Office Party directed by Will Speck and Josh Gordon, starring the lovable Jason Bateman, the insanely beautiful Olivia Dunn, and the good’ol Jennifer Aniston. Oh yeah and of course no one can forget T.J Miller.

When Carol the CEO (Jen nifer Aniston) of her brother Clay (T.J Miller) wants to shut down his brother’s company branch because they’re not meeting the numbers, his best friend Josh (Jason Bateman) and IT specialist (Olivia Munn) are determined to not let that happen. Hence they decide to host the best office Christmas party ever in order lure and secure the business of a very wealthy potential client that can save the company’s failing profit margins.

Now the plot can actually be remarkable in its simplicity but is quite a longer and a more elaborate one than you might expect. Without spoiling anything, there are defi nitely some moments that try very hard to be funny only to overstay the whole film’s welcome. The messy editing that hinders pace and breathing room doesn’t hide the film from being a conveyor belt of comedy sketches. The supporting cast features many other workers of the office with their own various personal knick knacks and stories. These are hilarious at times but lack coherence in the grand scheme of things making the film flow stretched like a thin veil of butter spread over too much bread.

The jokes seems like the writers and cast threw everything on the wall and ran off into the horizon with it. Some gags really work and some really don’t, lacking quality consistency or coherency. In earnestness, it can also really depend on your taste in humour as to whether you’ll be absolutely delighted by some of these jokes or be absolutely mortified by the juvenile, penis photocopying nature of other moments. It is notable that this film offers jokes to cater for many different types of audiences in the ambitious effort to tick all the boxes. However, there are certainly also many scenes that are more show than substance and can be incredibly awkward and ‘tryhardy’ to watch when you get a room full of people not laughing to something extremely slapstick that is shot and edited in slow motion for a full 10 minutes. However, with the experienced cast and the all-or-nothing nature of the writers, the comedy can really sell itself some times with good pace and intelligent references.

Thankfully the performance of our cast can save us in many moments. This is an experienced cast of comedy sketches with many people from Saturday Night Live like Vanessa Bayer and Jillian Bayer and of course the iconic TV comics: Batemen and Aniston from Arrested Development and Friends respectively. It’s fun watching them on screen but even then, they can’t escape some of the plot’s scenarios that rely on cheap low-rent gags and excessive sentimentality. Olivia Munn did a performance that seemed very comfortable to her and I look forward to seeing her do more varied roles as an actress of potency.

It’s hard to recommend Christmas Office Party for what it seeks to accomplish in overcompensation, however with little expectation and a veteran cast of comedy, this film can be enjoyable for many so as long as they turn their brain off. It really is an entertaining cast.