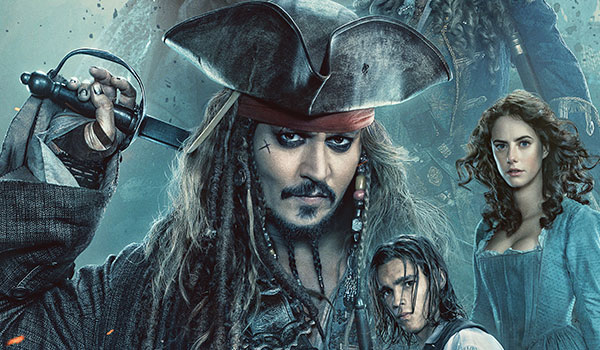 “The dead have taken command of the sea”

Jack Sparrow (Johnny Deep), Captain Barbossa and Will Turner (Orlando Bloom) are back in the fifth installment of The Pirates of the Caribbean franchise! Synopsis: Jack’s luck has run out. It seems that Captain Salazar (Bardem) has released the most deadly ghost pirates of the sea from the devil’s Triangle. Captain Salazar is the oldest villain of Jack Sparrow. The ghost pirates hunt on every single pirate on the sea, including Jack Sparrow. The only hope to survive this adventure is to collect the legendary Trident of Poseidon (IMDB).

Pirates of the Caribbean: Dead Men Tell No Tales in cinemas May 25