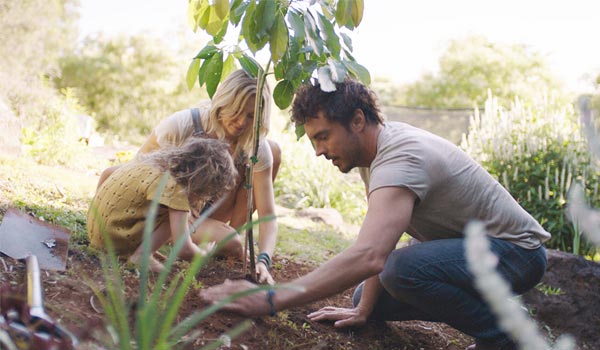 The hit 2015 documentary That Sugar Film saw Gameau transform himself into a ‘human lab rat’ to trial the effects that a high sugar diet has on the human body. The film received widespread critical acclaim and at the time of release became the most successful Australian documentary ever released.

Damon’s new film 2040 is a journey to explore what the future could look like by the year 2040 if we simply embraced the best solutions already available to us to improve our planet and shifted them rapidly into the mainstream.

Following on from its world premiere at the 2019 Berlin International Film Festival, 2040 will have its Australian premiere at the Gold Coast Film Festival on Wednesday April 3, followed by Sydney and Melbourne premieres at special events in conjunction with The School of Life. The Melbourne event will take place on April 15 at Village Cinemas Rivoli and Sydney on April 16 at Hayden Orpheum Cremorne. Both events will feature an in conversation with Damon and Clare Bowditch and an audience Q&A.

Gameau will then embark on a nation-wide series of special Q&A events in capital cities and regional hubs with a range of experts and youth activists to discuss the film ahead of its theatrical release on Thursday 23rd May. Screening information and tickets will be available at www.whatsyour2040.com from Friday 15th March.

Structured as a visual letter to his four-year-old daughter about the world he hopes she will inherit, 2040 blends traditional documentary with dramatised sequences and high-end visual effects to create a vision board of how these regenerative practices could help shape the world for future generations.

Drawing on the best minds from around the world to focus on climate, economics, technology, civil society, agriculture and sustainability, the film maps out a pathway for change that can lead us to a more ecologically sustainable and equitable future. 2040 is an aspirational film full of hope about the possibility to make changes that will shift the course for humanity and the planet. 2040 is the narrative the next generation needs to see, to aspire to, and to believe is possible.