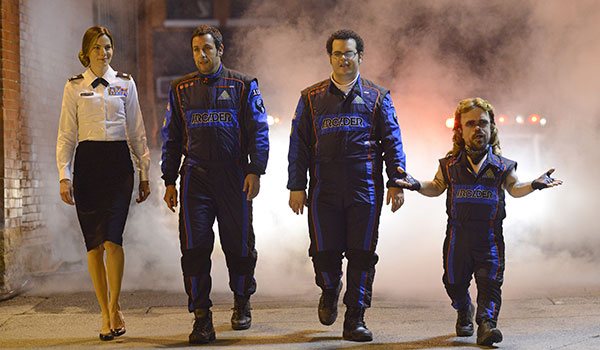 About the film
In PIXELS, when intergalactic aliens misinterpret video-feeds of classic arcade games as a declaration of war against them, they attack the Earth, using the games as models for their various assaults. President Will Cooper (James) has to call on his childhood best friend, ’80s video game champion Sam Brenner (Sandler), now a home theater installer, to lead a team of old-school arcaders (Dinklage and Gad) to defeat the aliens and save the planet. Monaghan plays the team’s unique weapons specialist.

The action-comedy is directed by Chris Columbus, based on the original short film of the same name by Patrick Jean and stars Adam Sandler, Kevin James, Michelle Monaghan, Josh Gad and Peter Dinklage.

PIXELS – Only in cinemas September 3!