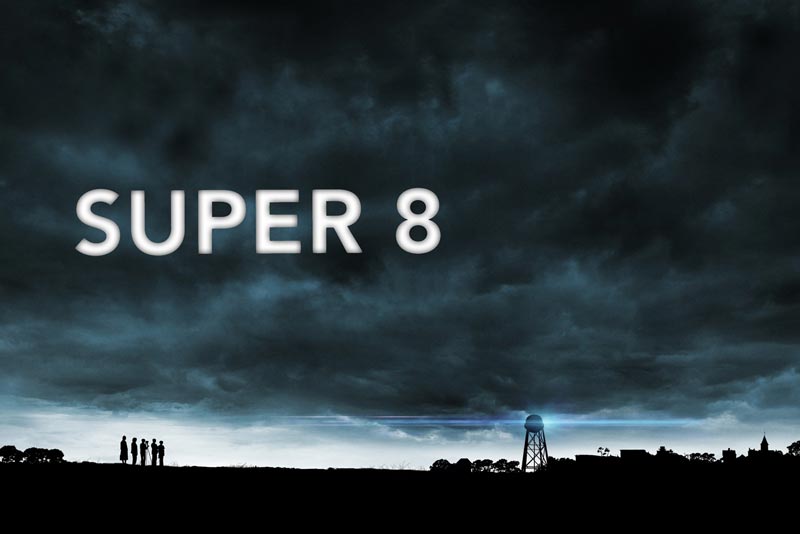 Thanks to Paramount Pictures, we watched J.J. Abrams and Steven Spielberg’s secret film “Super 8” before it hits the cinemas. This is our own review (don’t worry, we won’t include any spoiler), but remember, we still recommend for you to go and watch the film, because there is no better critic than yourself!

“Super 8” has been a total mystery since the production started, with many internet rumors surrounding the production, and amazing online viral campaign which put even more questions on the table. Moreover, the expectations for the film were the highest in years for a movie because 2 great filmmakers J.J. Abrams and Steven Spielberg worked together for the first time!

In a movie in which the plot apparently involved alien life forms, the kind of topic that these two both love, we can definitely say they did a perfect job because the movie exceeded all expectations as previously mentioned. Furthermore, just watching the opening credits with the logos of Spielberg’s Amblin Entertainment and Abrams’s Bad Robot together showing up one after the other, is a dream come true.

“Super 8” takes place in a small town in Ohio in the summer of 1979. The main story is centered in a group of kids, played by new talented young actors such as Joel Courtney (as the main character Joe Lamb), Ryan Lee, Zach Mills, Riley Griffiths, Gabriel Basso and Elle Fanning, working in a short-film using their Super 8 video camera.

While working on the film in a train station, they witnessed an intentional and catastrophic train crash, where the cargo looks different and is being protected by the US Air Force. After the accident, unusual and inexplicable events begin to take place in the town, with the army trying to cover the truth behind the accident. One group of kids discovered some extra footage after reviewing the film of the day of the incident, figuring out that the camera never stopped recording, capturing a big secret.

Abrams mentioned in a few interviews he did about the film, that he wanted a brand new cast and when he saw the kids in the auditions, he was impressed. He was right because the chemistry among this circle of friends works perfectly on the screen.

Each of them represents different personalities in the movie and they develop new relationships on the way, reminding you a bit of elements from films like “E.T” and “Stand by me”. Watching these new actors on the big screen will make movie watchers think that they are not just debuting in this big blockbuster film. Furthermore, there are scenes these actors played with so much emotions and intensity that will let you forget for awhile about the train crash and its cargo. The moviegoers will get carried away with the characters, taking you back in time when you first toyed with your dad`s home video camera.

To complete the main picture, more experienced actors like Kyle Chandler (as the Sheriff, who is also Joel’s dad), Ron Eldard and Noah Emmerich (as Nelec, the visible face of the US Air force operation), are there to complement an excellent choice criteria for the cast, playing important roles to create the atmosphere of action and suspense.

We recall Steven Spielberg saying once in a Q&A, that “The best way to know if a movie is good is watching it with no audio and if the pictures by itself leaves you something positive, means that you are in the right track”.  In this movie, that purpose was achieved because even without music or any sound effects, you will be drawn to it.

The filmography, art direction and the way the era of the 70’s were recreated was a result of lot of research with millions of tiny details, like old beer cans, the clothes, gas stations and the funny vintage “Star Wars” elements around (Abrams and Spielberg are big fans of the saga). However, the film obviously needed that “classic” anthem, that main iconic song from an experienced composer, like Abrams’ favorite Michael Giacchino. He is responsible for the soundtracks of Lost, Star Trek and Mission Impossible 3. Giacchino, with his unique style created soft and powerful melodies, with some small reminiscences to John William’s work for E.T and “Close Encounters of the third kind”, pushing the movie to the next level in a remarkable way.

The special effects are marvelous; the train crash sequence is so realistic with the help of prototypes and CGI technology, and the filters on the film in some scenes create the atmosphere of a movie of the old time. It was done in a meticulous way and the designs of the elements of “The cargo” of the train were innovative down to its minute details. These will make the public realized how massive the work the creator put behind the scenes to get a flawless final product.

The suspense, the tension and the scary moments were created in such a way that the entire time the audience will be focused on watching the movie with some dark elements in between, using non conventional ways to show elements of the film.

To just give you a small bite of what you will see at the end, the use of the sound effects as the core of the suspense scenes, supported by some “weird” elements and “floating” domestic things around, will remind you at some point of what Abrams did for his innovative film “Cloverfield”.

We could go on and on about Super 8 but this is just a teaser. People must go and watch this for themselves.  Moreover, the film could be a topic of study in a film school because it has so many elements of different movies, as we had mentioned before. After watching  the exclusive 20 min preview weeks ago,  the feeling of sensation of those few minutes was left to us recreating those moments when we watched “E.T”, “Stand by me” and “Cloverfield” all together and for the very first time.

Now, after seeing the entirety of the movie, we can also say that some elements from the movies of  Spielberg’s “Close encounter of the third kind” with a bit of “The war of the worlds”, 1953’s classic “It Came from Outer Space” and even with some elements of Abrams’ TV hit “Lost”, are there too. In short, Abrams and Spielberg had put the best things of all those classic films and as a result is one perfect final product: “Super 8”! For sure, this is one of the best movies of the year, a must watch film that many of you will be seeing more than once.