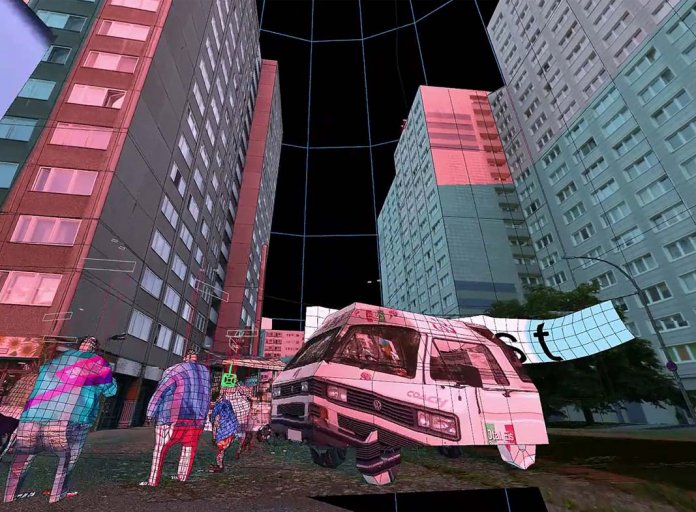 This year’s International Animation Showcase featured some highly innovative works from a variety of nations.

Reruns (Rosto – Netherlands) is a literal nightmare complete with school examinations, and acts as a tribute to recently departed Dutch artist Rosto. Although it possibly requires a little too much foreknowledge for an unfamiliar audience, it has a darkly comic streak and visual flair to its surreal logic that makes it creepily enjoyable. Certainly, the older ladies sitting next to me were worrying about sleeping that night.

I’m OK (Liz Hobbs – UK) recounts the experiences of artist Oskar Kokoschka during the First World War. It uses the raw, rough Expressionist style of his art to tell his story. While visually beautiful, this film felt like it would work a little better on a smaller screen, as the very low frame-rate combined with chunky monochromatic imagery was almost seizure-inducing when occupying one’s full field of vision.

Love Me, Fear Me (Veronica Solomon – Germany) is some of the most elegant claymation ever put on screen. In it, a creature dances for different audiences transitions according to their demands, leading to a Cronenbergian climax. While most claymation embraces its limits to cosy effect, this piece is so fluid and stylish it’s impossible not to wonder how it was done (aside from the obviously massive amount of skill and work).

Circuit (Delia Hess – Switzerland) is a purely aesthetic, squiggly animation that describes a sort of ecology of human-created cause and effect that loops back on itself.

Arena (Paraic McGloughlin – Ireland) is a very short piece that uses rapidly transitioning satellite footage of similar road layouts to create a linear dance on the screen something like an animated De Stijl painting. This piece takes about five seconds to mentally adjust to before you understand what you’re seeing and then sucks your breath out of you. The intensity of the effect is too much to endure for a longer piece, but its short length makes you want to watch it again immediately. By far the most visually stunning thing in the showcase.

Fest (Nikita Diakur – Germany) is a funny, glitchy, low-poly wireframe animation of a run-down urban environment featuring some amusingly ugly people having a crummy street party and swinging from buildings. Probably the most insubstantial of the pieces here, but a fun diversion.

Egg (Martina Scarpelli – France) is a grotesque analogy of disordered eating. The protagonist, stuck in a shrinking cube, starves herself by following a stark dietary regimen, and pictures what’s happening inside her body in revolting detail. Using pure black line art on a white canvas, this is a highly skilled work that got shouts of applause from the audience.

Finity Calling (Jasper Kuipers – Netherlands) is a gothic dinner party featuring living statues in masque attire. When the “child” of the group – playing under the table – brings a bird into the room, the order of ceremonies is disturbed. Morbidly amusing and strongly reminiscent of the work of the Brothers Quay.

Sohrab and Rustum (Lee Whitmore – Australia) is the clear fan-favourite here and a real highlight, telling its two stories absolutely beautifully. A teacher reads her class of young girls a poem by Matthew Arnold about an ancient Persian tragedy, and we see the tragedy unfold. Using a charming Thelwell-ish style for the girls and rotoscoped pencil art for the Persian scenes, the teacher’s lessons becoming so vivid that the two worlds eventually merge. A lesser attempt at this would have undermined the story of Sohrab and Rustum with the classroom scenes, but Whitmore uses it expertly as a framing device and counterpoint that shows off the beauty and vividness of the poem.

Overall, this is a more-than-worthy addition to the Sydney Film Festival, and the variety of styles and concepts means a little something for everybody. Some of the animation feels a little better suited to video installations in a gallery, with the usual awkward, dry-miked sound effects and repetitious, over-cryptic metaphorical narrative, but not a second is ever boring. Definitely worth your time!

For tickets, times and the full program visit www.sff.org.au