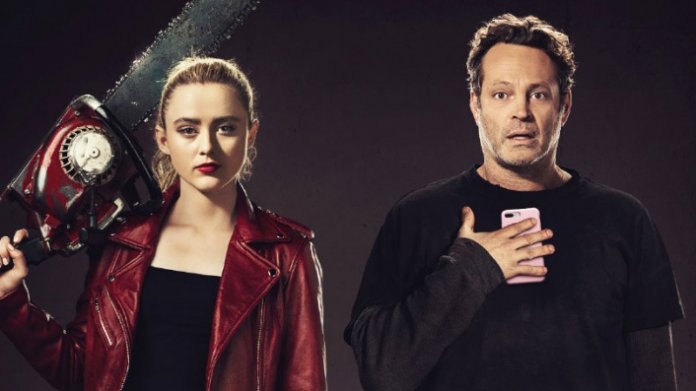 Thanks to Universal Pictures for the chance to see ‘Freaky’ before its national release. This is our review of the movie, but as usual, no matter what we say, we still recommend you to go and see it at your local cinema because there is no better critic than yourself!

Just when you thought things couldn’t get any stranger… Freaky the latest slasher/comedy produced by Blumhouse Productions brings viewers a Freaky Friday-esque film, filled with blood, jump scares and laughs.

Freaky sees Vince Vaughn return to his comedic roots, playing the role of a high schooler trapped in a middle aged man’s body. His take on an insecure teenage girl is hysterical to watch and strangely realistic. Newton plays the psychopathic Blissfield Butcher to perfection, with a coldness and energy that is frightening to watch. 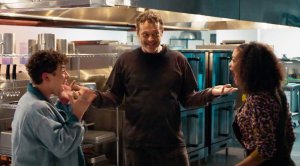 Vaughn and Newton succeed in effortlessly carrying the absurd plot in an almost believable way. Even though Freaky is made purely for fun light entertainment, the film has a thin plot and is full of every high school movie cliche in the book.

That aside, Freaky is a fun, upbeat horror comedy that doesn’t take itself too seriously. The cast lean into the over the top onscreen gags while still keeping their characters grounded.

For a fun night out at the movies, Freaky comes at a high recommendation.