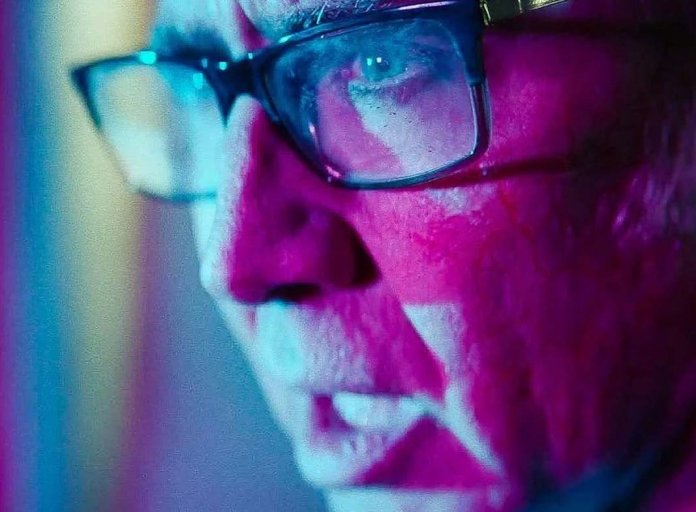 Color Out of Space is Richard Stanley’s interpretation of H.P. Lovecraft’s story about a meteorite landing in a rural community and causing chaos and madness.

Nicolas Cage stars as Nathan Gardner, a laid-back escapee from the big city who lives with his wife Theresa (Joely Richardson) in a farmhouse with their children, Wiccan Lavinia (Madeleine Arthur), stoner Benny (Brendan Meyer) and young Jack (Julian Hillard) surrounded by heavy, old-growth forest. When the meteorite impacts in their garden, their behaviour starts to change, as does the flora and fauna surrounding the impact crater. Hydrologist Ward Phillips (Elliott Knight), inspecting the property for a municipal scheme, acts as a (relatively) rational point of view for the film as the family’s minds and bodies start to melt. 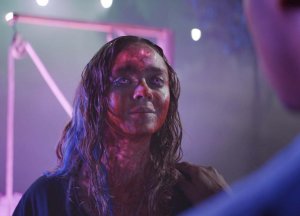 Despite good performances by a game cast, this is not entirely effective as a horror, lacking some of the creeping dread a Lovecraft adaptation requires. It is, however, an extremely entertaining film with great visuals and wonderfully repulsive practical creature effects. The problem is that in a movie that is essentially about growing confusion, it’s hard to follow the motives and thinking of the characters.

If you were expecting something as stylised and artful as Mandy due to the presence of Nicolas Cage or as thoughtful as Annihilation due to the presence of a mutogenic colour you’ll be disappointed, but as a gory freakshow it’s kind of a blast. This is schlock, but it’s expertly-executed schlock without any sense of compromise. This film really whets the appetite for Stanley’s upcoming Lovecraft films.

From tomorrow (6 May) Color Out of Space will be available On Demand via Telstra, Google Play, iTunes, Fetch TV, Foxtel on Demand and Umbrella Entertainment – and will also be releasing on DVD and Blu-Ray.