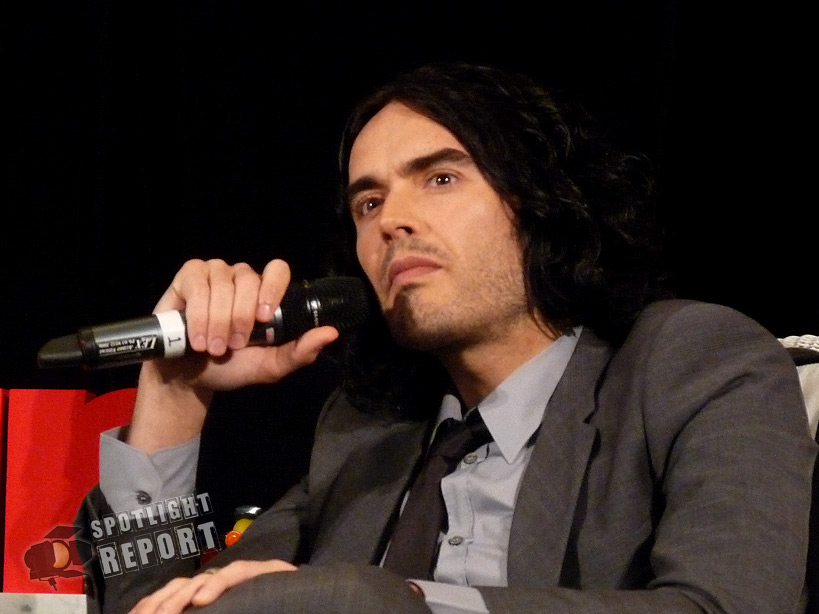 The press conference of Warner Bros’ ARTHUR was held at the Ivy’s sunroom this Thursday April 14th, 2011 in Sydney. Media from different platforms and photographers enjoyed a great venue attended by the always hilarious Russell Brand who is in the country to promote the film and walk through the Red carpet tomorrow at Hoyt’s Bondi Junction.

Brand, that just landed down under this morning, pointed out Australia as  “his favourite customs in the world”, and joked about bringing fruit to the country screaming “long live to the aussie apple!”

The British comedian defended the remake of Arthur from the flat critic obtained in America saying that a remake is always difficult, specially when the old classic is that good. He explained his admiration for Dudley Moore, the actor who played the eccentric millionare in the 1981 movie, adding that he was very proud to be part of the new Arthur.

The press conference was full of funny moments, even with an impression of Nick Nolte. Russell also talked about the attention he was getting lately with new wife Katy Perry and explained how they handle press and media in difficult moments: Using his “Pink Tshirt bodyguard” to protect himself even in an eventual fight with Rod Steward, he joked. Furthermore, he confirmed that he will not meet his wife in Australia.