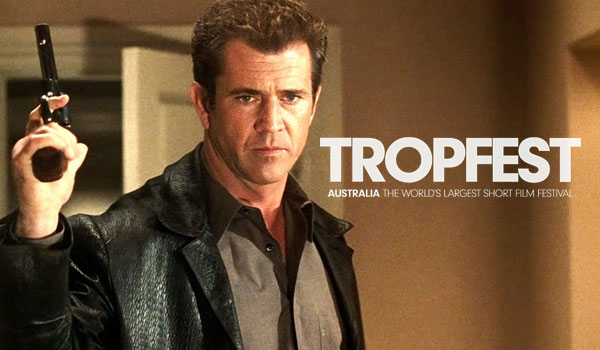 
Gibson, a NIDA graduate who catapulted onto the global stage with the Mad Max trilogy, and has too many films to his credit to count, will join The Mentalist star Simon Baker, Rebecca Gibney (Packed to the Rafters and Wanted), Cinematographer Don McAlpine (Moulin Rouge!), and Director Jocelyn Moorhouse (The Dressmaker), on the judging panel.

“I’m really thrilled to be in Sydney, and to have been invited to judge Tropfest,” said Mel Gibson.  I know what it’s like to be starting out in this industry, in Australia, and what a big difference a break can make to a career.  Tropfest has been doing an incredible job over the last 23 years as a platform for young filmmakers, and I’m absolutely delighted to support the great work Tropfest is doing,” he said.


In Sydney directing Australia’s young generation of actors in World War II film Hacksaw Ridge, Gibson’s filmmaking career has some impressive credits including: Academy Award-winning Braveheart, in which he also starred, The Passion of the Christ and Apocalypto.

“This is an enormous honour,” said Tropfest Founder and Director John Polson. “Mel is one of Australia’s most prolific and talented actors, as well as an Academy Award winning director. It doesn’t get better than this.  The 16 finalist filmmakers, as well as Australian audiences, are in for a huge treat,” he said.

Along with the free, live event at Sydney’s Centennial Parklands, Tropfest events will be held at venues across Australia.  SBS 2 will reflect all the action direct from Sydney into living rooms across Australia from 9pm AEDT. For those not near a TV, SBS Online will be live streaming the broadcast at sbs.com.au/movies/tropfest; making Tropfest available everywhere in the world.

The winner of the coveted Tropfest fruit trophy cup will receive $10,000 cash, a trip to Los Angeles for a week of meetings with industry execs, a Hyundai Tucson for a year, and a Nikon D800 plus lenses and accessories.

More than 1.6 million people have attended a Tropfest event since it was established in 1993 by Founder and Festival Director, John Polson. The event today attracts a live national audience of around 150,000 and draws in hundreds of thousands more via the live TV broadcast on SBS 2.