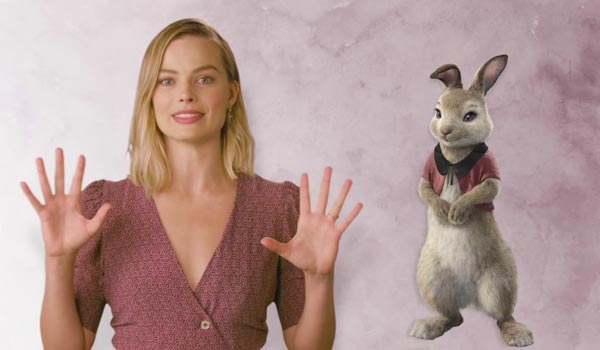 Margot Robbie and Elizabeth Debicki will join director-producer-writer Will Gluck at the Australian Premiere of the new family comedy PETER RABBIT on Saturday March 17 at Hoyts EQ, Moore Park.

Joining them will be will be local personalities of the small and big screen who will walk the grass green carpet and will be transported into Mr. McGregor’s forbidden vegetable garden. Families will be entertained with fun activities and treated to Peter Rabbit’s favourite movie snacks ahead of the main feature.

About the Film
Peter Rabbit makes the jump from beloved storybook character to the big screen in this irreverent, contemporary comedy with attitude. Peter’s feud with Mr. McGregor (Domhnall Gleeson) escalates over both the vegetable treasure in Mr. McGregor’s forbidden garden and their rivalry for the affections of the warm-hearted animal lover who lives next door (Rose Byrne). James Corden voices the character of Peter delivering a delightfully entertaining mix of mischief, adventurous spirit, and charm, with Margot Robbie, Elizabeth Debicki and Daisy Ridley performing the voice roles of the triplets, Flopsy, Mopsy and Cotton-tail.