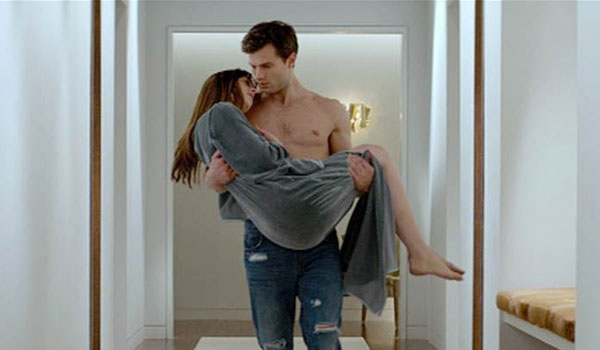 The most talked about film of 2015, Fifty Shades of Grey, will be revealed to Australian audiences at an exclusive first screening on Wednesday February 11.

Excitement and anticipation for Fifty Shades of Grey has reached fever pitch with the trailer becoming the first trailer in history to hit 100 million online views in one week. Cinemas across Australia also responded to the demands of eager fans by putting tickets on sale in November, three months prior to the film’s release, resulting in sold-out opening day sessions at most of the major cinema locations.

Based on the biggest and fastest-selling book series ever by E L James, Fifty Shades of Grey sees Jamie Dornan (Marie Antoinette) and Dakota Johnson (The Social Network) step into the iconic roles of Christian Grey and Anastasia Steele.

The film is directed by Sam Taylor-Johnson (Nowhere Boy) and produced by Michael De Luca and Dana Brunetti alongside James. The screenplay for the film is by Kelly Marcel.