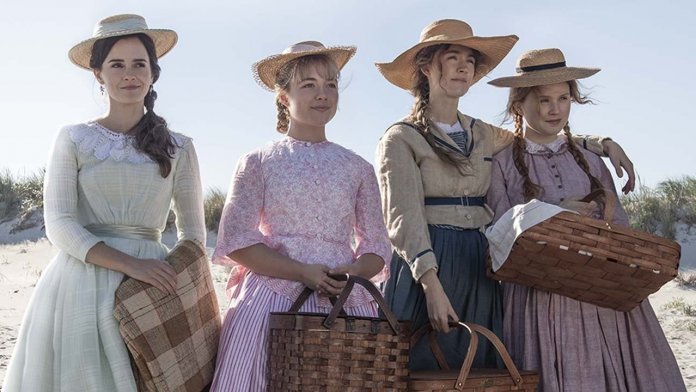 Thanks to Sony Pictures we had the chance to see ‘Little Women’ before its national release. This is our review of the movie, but as usual, no matter what we say, we still recommend you to go and see it at your local cinema because there is no better critic than yourself!

After the success of Lady Bird, Greta Gerwig’s adaption of the timeless classic ‘Little Women’ has been met with much anticipation. The film stars Saoirse Ronan, Emma Watson, Timothee Chalamet, Laura Dern and Meryl Streep. 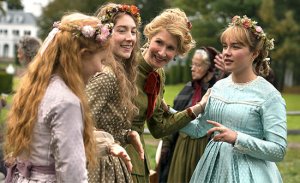 Set in Connecticut during the civil war, the film follows the four March sisters Joe, Meg, Amy, Beth and their mother as they navigate friendship, love, sisterhood and the struggles of living within their patriarchal time.

This marks the fifth film adaption of Louisa May Alcott’s 1864 novel.  One posits why Gerwig chose to remake this classic as the previous adaptations have been met with much success, mostly notably  Cukor’s 1933 version and Gillian Armstrong’s 1994 version.

Gerwig breathes new life into the material, adding a modern flare to the well known story. Gerwig achieves this through the way she has structured the film. Instead of taking a linear approach, the film begins in the middle of the story and weaves in and out of different moments in the sisters lives. Gerwig does not just retell the story. Flashback sequences are used to show parallel moments from the women’s past and present. This helps the audience understand Joe’s self reflection as she is aware of how her family informs her current decisions and have made her the person she is. 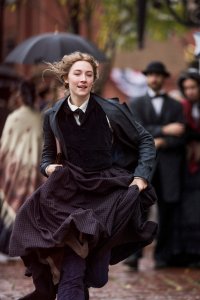 Saoirse Ronan and Florence Pugh are the standouts. Gerwig successfully crafts a strong dynamic between their two characters Joe (Ronan) and Amy (Pugh). Joe is feisty, headstrong, determined to succeed as a writer and refuses to marry whilst Amy strives to marry a wealthy man and sees marriage as an economic agreement. Gerwig does not pit the two women against each other but instead shows two intelligent women using different means to find agency in a time that suppressed women. 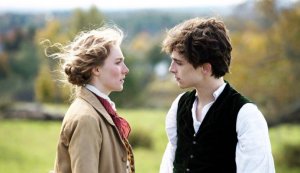 Up and Me Too Movements.

Little Women is a joy to watch from start to finish. The film comes at a high recommendation and is the warm hug we all need during the holiday season. Fingers crossed Gerwig receives Oscar nominations for Best Picture and Best Director (as she was snubbed from the Golden Globes). Audiences and film makers alike wait in anticipation to see what Gerwig does next! (Rumour is a Barbie movie with Margo Robbie).