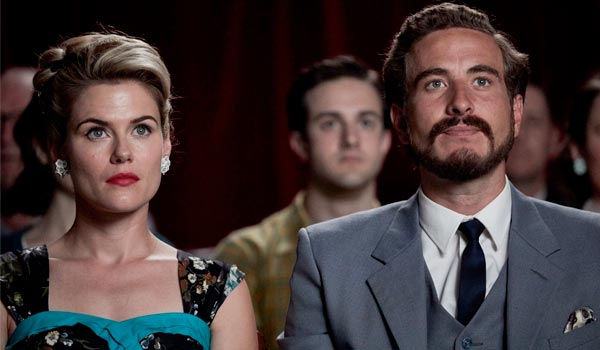 Sony Pictures Releasing are proud to announce that director Bruce Beresford will return to Sydney to celebrate the Australian Premiere of Ladies in Black at the historic State Theatre.

Set in Sydney in 1959, Ladies in Black is a charming and inspiring comedy-drama which presents an Australia on the very brink of modernity, at a time of great change and optimism.  Beresford will be joined at the Premiere by co-writer and producer Sue Milliken, stars from the film Ryan Corr, Alison McGirr, Shane Jacobson, Noni Hazlehurst, Susie Porter and Celia Massingham and producer Allanah Zitserman.

Speaking about the film, producer and co-writer Sue Milliken said: “Bruce and I have always believed this film will delight audiences; it is a life affirming story which is also a lot of fun and is so true to Madeleine St. John’s beautiful novel.”

“It’s thrilling that people will soon be able to watch Madeleine’s masterpiece on the big screen— a story about Australia’s maturing culture in the late ‘50s, with themes that are uncannily relevant today. I can’t wait for everyone to see it!” added producer Allanah Zitserman.

Stephen Basil-Jones, Executive Vice President, Sony Pictures Releasing, ANZ and Northern Asia said “We are so proud to premiere Ladies in Black at the fittingly stylish State Theatre in the heartland of Sydney’s historic department store precinct. The film’s storyline and themes will resonate so loudly with Australian audiences; we believe it is destined to become an Australian classic.”

Set in the summer of 1959, when the impact of European migration and the rise of women’s liberation is about to change Australia forever, a shy schoolgirl (Lisa) takes a summer job at the prestigious Sydney department store, Goode’s. There she meets the “ladies in black”, who will change her life forever.

Beguiled and influenced by Magda, the vivacious manager of the high-fashion floor, and befriended by fellow sales ladies Patty and Fay, Lisa is awakened to a world of possibilities. As Lisa grows from a bookish schoolgirl to a glamorous and positive young woman, she herself becomes a catalyst for cultural change in everyone’s lives.