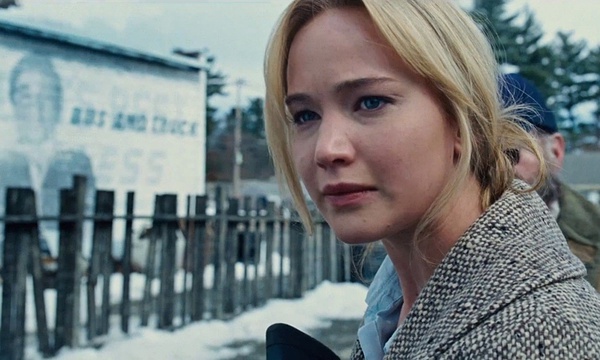 Joy is a movie capable of acknowledging ones weaknesses and using them as fuel for their dreams and goals. Now that the year is finally coming to an end, there’s anticipation for 2016 and what it will bring. Touching on themes such as power, trust, self-development and family, Joy is a film that had the potential to become something extraordinary – however, it felt like some parts to the movie dragged on more than necessary. But to realise this notion that this film was based on a true story (loosely based on businesswoman Joy Mangano) is incredibly encouraging to those finding a constant battle in following their dreams.

Director David O. Russell brought a magnificent edge to Silver Linings Playbook, bringing the story of two lovers both suffering mental illness in the film. With Joy, O. Russell took focus on the individual goals we set for ourselves. The ones we rarely take a look at when it comes to accomplishing the little things that get us here.

The story follows Joy (Jennifer Lawrence) and her dysfunctional family. The film is narrated by her grandmother, Mimi (Diane Lad) and she mentions how inspiring it was that her granddaughter was able to build something with her hands; a strong characteristic showcased initially as she builds a world made out of paper as a child. Joy has sacrificed many things for her family including her parents’ divorce, having to work dead-end jobs to keep a roof over her children’s heads and still living with her ex-husband (Édgar Ramírez).

Her father, Rudy (Robert De Niro) ends up having to go to her place and living their temporarily so he can sort out his life. Rudy manages to meet Trudy (Isabella Rossellini), who is a wealthy woman. After realising how much sacrificing Joy has made for the people in her family, she proposes a deal with Trudy to lend her some money for the world’s first self-wringing mop which she has invented. Through her perseverance, Joy eventually lands an opportunity to sell her invention to the world with help from Neil Walker – an executive of QVC (Bradley Cooper).

One thing to admire about O.Russell’s flair in screenwriting is the positive impact he wants to instil in other people. Although the film didn’t live up to its expectations of being exceptional, he still managed to bring a sense of positivity to the table. There were moments in the cinema where people were able to share their laughter and also tears as they witnessed Joy go through obstacles that were tough, especially considering how she was a female entrepreneur in a male-dominated industry in the 1990s.

Lawrence in particularly brings a refreshing character on-screen and there’s so much vitality and spirit in her despite her trials and tribulations. She opens up ideas for females struggling to make their mark in a world; where they are ridiculed for something that has already been invented by man – or even working in a job where males dominate the field. However, Joy suffered in some parts and would’ve been well suited if its running time was thirty minutes shorter than it was made for. In comparison to his other works, O. Russell’s input in Joy felt like it was selling itself short for a movie that could’ve done so much better without the lack of depth in some scenes.

Overall, Joy is a film that will keep viewers divided but the main message it brings is an important one. With a world that is constantly moving, it doesn’t matter how old you are when it comes to pursuing your dreams. If you have this sense of urgency to hold together the parts that make you a strong, respectful and ambitious human being, you should take the opportunity to be that person, no matter what circumstances you’re put into.