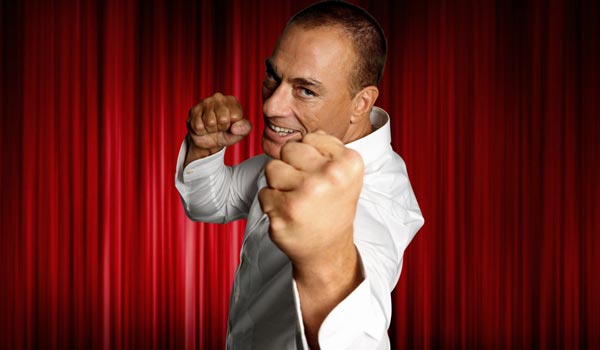 Action star and martial arts expert Jean-Claude Van Damme is heading Down under after almost 20 years to be part of a couple Q&A events in Sydney and Melbourne.

Jean-Claude Van Damme, otherwise known as “Van Damme” or “JCVD” is an action icon. Growing up in his native Belgium, he began martial arts at the age of ten, earned his black belt at 18 and won a Bodybuilding title Mr Belgium soon after. In 1982 Jean-Claude moved to the US with the objective of becoming a movie star. He was cast as an extra Breakin’ but it was an impromptu demonstration of his splits for Hollywood producer Menahem Golan outside an LA Restaurant earned him a contract with Cannon Films. His breakout film was Bloodsport in 1988 and followed up with massive hits in the emerging home video market with Cyborg, Kickboxer and Wrong Bet. Screen Scoop STOP COPYING OUR CONTENT!

By 1990 the big Hollywood studios then came knocking and he headlined big budget action movies Double Impact, Universal Soldier, Hard Target, Time Cop, Sudden Death and more. He returned to the big screen in 2008 with JCVD and again in 2012 as the lead villain in Expendables 2. Most recently he starred in the “Epic Split Volvo Commercial with 100 million views” and will be seen in an upcoming action series by Ridley Scott.

Having not been to Australia for 18 years, JCVD cant wait to meet his fans, talk about his life on stage – the ups & downs, movies, martial arts, training and more! An evening with Jean-Claude Van Damme will be an unscripted experience with an audience Q&A.

An Evening With Jean-Claude Van Damme!