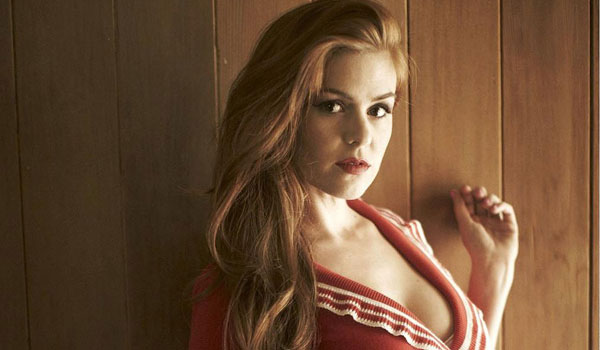 First awarded to Rose Byrne at the 4th AACTA Awards in 2014, the AACTA Trailblazer Award highlights the achievements, abilities and successes of an Australian screen practitioner who inspires others with their portfolio of work.

The Award recognises the multi-disciplinary achievements of talented individuals, acknowledging their valuable contribution to promoting Australian screen excellence, both here and abroad. The AACTA Trailblazer Award is a discretionary award and is determined by the Board and President of AFI | AACTA.

The Trailblazer Award will be presented to Isla Fisher at the 6th AACTA Awards presented by Foxtel in Sydney, televised on Channel 7 at 8.30pm, on Wednesday 7 December 2016.

An AACTA Award and Logie nominated performer, Isla Fisher’s career spans film, television and stage around the globe. The self-described ‘comic-actress’, who is a strong advocate for comedic roles for women in Hollywood, is also an acclaimed dramatic actress and a successful author.

AFI | AACTA CEO, Damian Trewhella said:
“Isla Fisher’s reputation in the international screen industry has added to Australia’s reputation for producing outstanding screen talent, and the Australian Academy is delighted to honour her at home in Sydney at the 6th AACTA Awards presented by Foxtel. “From her breakout roles in Home and Away and the international comedy Wedding Crashers to her critically acclaimed dramatic performances in The Great Gatsby and Nocturnal Animals, Isla has carved a diverse career we hope serves as an inspiration to other Australian performers. “We also recognise Isla’s influential role as a champion for female comic actresses – a cause she has advocated for over a decade and which marries with one of AACTA’s most important aims – to foster talented Australian screen practitioners who serve to mentor and inspire the next generation of Australians to pursue their craft to its full potential.”

Isla Fisher said:
“I’m so honoured to be recognised by the Australian Academy and my Australian peers as a trailblazer in film and television. That I am considered among those Australians who are inspiring the next generation of talent is a true honour. I’m looking forward to coming back to Sydney to accept the AACTA Trailblazer Award.”

The 6th AACTA Awards Ceremony presented by Foxtel will be held at The Star Event Centre in Sydney on Wednesday 7 December, televised on Channel 7 at 8.30pm with an encore screening on Foxtel.