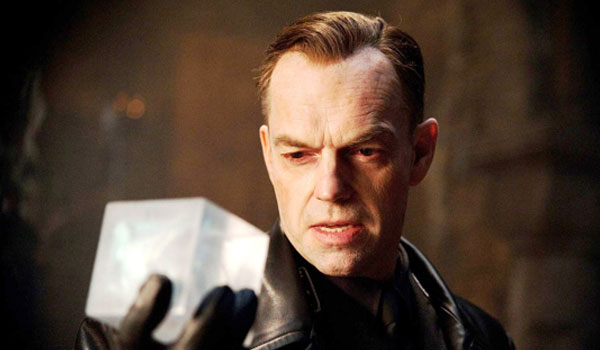 Hugo Weaving will attend CinèfestOZ 2015 as this year’s Screen Legend, as the Film Festival launches its program of film and events today.

Weaving will be recognised for his achievements as an Australian actor at a the Festival’s gala night on 29 August at which Australia’s biggest film prize, the CinéfestOZ $100,000 Film Prize, is also awarded to an outstanding Australian film.

Hugo Weaving is one of our most celebrated actors and a passionate supporter of Australia film, television and theatre in and outside of his work.  His credits include Stephan Elliott’s classic The Adventures of Priscilla: Queen of the Desert, Jocelyn Moorehouse’s Proof and The Dressmaker opposite fellow Australian Judy Davis,  Rowan Woods acclaimed drama, Little Fish alongside Cate Blanchett and Sam Neill;  Mystery Road directed by upcoming filmmaker Ivan Sen; Strangerland directed by first time director Kim Farrant opposite Nicole Kidman which screened at Sydney Film Festival and Sundance; Glendyn Ivin’s Last Ride;  Craig Monahan’s Peaches, The Interview and most recently Healing with Don Hany; David Wenham’s short film Commission which screened as part of The Turning film collaboration.  Hugo voiced Rex in the much loved Australian classic Babe, Noah in Happy Feet and Happy Feet Two, and Bill Barnacle in The Magic Pudding.  International credits include The Matrix, Cloud Atlas, and V for Vendetta.

A graduate of the National Institute of Dramatic Art (NIDA), Weaving continually performs in Australian theatre productions, usually with the Sydney Theatre Company. With his success has also come extensive recognition. He has received many accolades in his career, including a Satellite Award, MTV Movie Award and several Australian Film Institute (AFI) Awards.

“Hugo Weaving is one of the great actors in Australian Film. To have Hugo here to attend CinèfestOZ and to receive our Screen Legend Award at this event is a special honour for our festival and a tribute to its growth,” said Festival Chair David Barton.

“I’m delighted to be accepting the Screen Legend award.  CinéfestOZ is a great supporter of Australian film, and I’m particularly excited about seeing the Australian films screening at the festival.  I am also really looking forward to visiting the South West and Margaret River region, I’ve heard great things about its spectacular coastline and natural beauty,” Weaving said.

A total of 82 Australian and French feature films, documentaries and short films

will screen, including four world premieres and 17 Western Australian premieres, which will be attended by some of Australia’s best actors, directors and producers. The festival is also a platform for short filmmakers, many of which will premiere their films at this year’s CinéfestOZ.

CinéfestOZ is supported by the State Government through Tourism WA’s Regional Events Program, which is funded by Royalties for Regions. Rio Tinto is a proud Premium Partner of CinéfestOZ. The festival acknowledges its strong partnership with ScreenWest, Western Australia’s screen funding and development agency.

The best way to experience CinéfestOZ is through Festival Platinum Passes, Gold Passes and Weekend Gold passes available via the CinéfestOZ website. Subscribe to the CinéfestOZ newsletter to learn more www.cinefestoz.com.