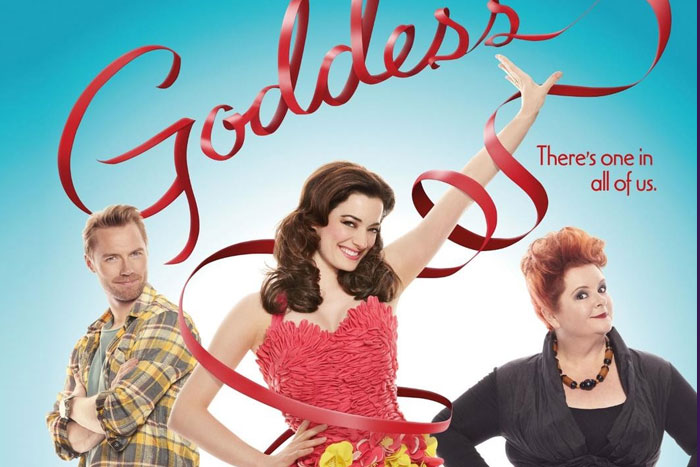 Directed by Mark Lamprell, GODDESS is the first starring film role for both Keating and Kelly.

An Oliver Award winner, Kelly is one of the musical theatre world’s brightest stars having appeared in Beauty & The Beast, Les Miserables, Mama Mia and My Fair Lady but it was her title performance in Mary Poppins for which she won the most acclaim, a role she reprised on Broadway.

Based on the 1996 cult hit one-woman show, Sink Songs by Joanna Weinberg, Goddess is a feel-good musical full of catchy, original songs, vibrant dance routines and a cast of unforgettable characters.

When young mum Elspeth Dickens (Kelly), mother of naughty twin boys, installs a webcam in her kitchen, her funny sink-songs make her a cyber-sensation. While her husband James (Keating) is off saving the world’s whales, Elspeth is offered the chance of a lifetime by advertising guru Cassandra Wolfe (Szubanski) but when forced to choose between fame and family, the newly anointed internet goddess almost loses it all.

GODDESS is yet to be rated (Likely Classification PG) and will be released in Australian cinemas on March 14, 2013.