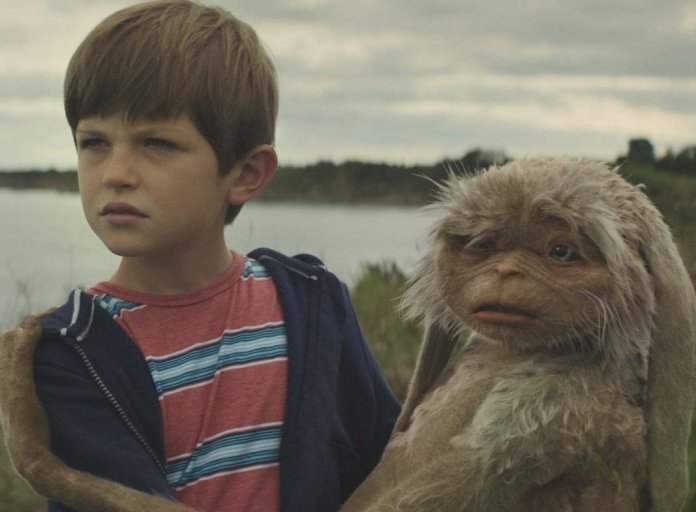 Based on the 2012 novel Four Children and It by Jacqueline Wilson (which in turn was based on the 1902 novel Five Children and It) by Edith Nesbit, Four Kids and It is a British kids’ film directed by Andy De Emmony. 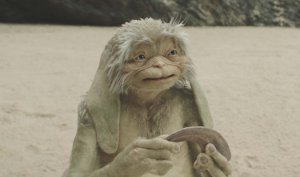 When divorced dad David Hartlepool (Matthew Goode), his daughter Ros (Teddie-Rose Malleson-Allen) and son Robbie (Billy Jenkins) meet up with Alice (Paula Patton) and her daughters Smash (Ashley Aufderheide) abd Maudie (Ellie-Mae Siame) for a seaside holiday, the kids the magical, wish-granting Psammead (voiced by Michael Caine). The catch? The wishes, as is typical for this sort of tale, always have a catch but at least they only last until sunset. The kids have to navigate the consequences of their poorly-thought-out requests while avoiding the villainous Tristan (Russell Brand). 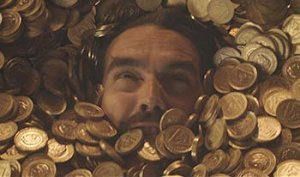 This is a perfectly serviceable little children’s film, but it’s a bit of a slog for an adult audience. The pacing is lethargic, and the characters and their relationships are utterly two-dimensional. Brand’s mugging is funny, and Caine‘s delightfully grumpy vocal performance definitely stands out, but the Psammead just doesn’t have much to do in the rather episodic narrative. A wish is granted, the consequences eventuate and then it’s on to the next wish. There is an overarching lesson for everyone about accepting reality, but the sequencing of events means the characters only take turns learning things one at a time instead of together over the course of the movie, making for a frankly uninvolving experience.

The best British kids’ films are written in the pantomime tradition, with two separate strands of amusement for younger and older audiences. The closest you’ll get to that sort of layering here is a running gag about everyone’s annoyance at their phones’ reception. It’s not bad, but it’s really not great.