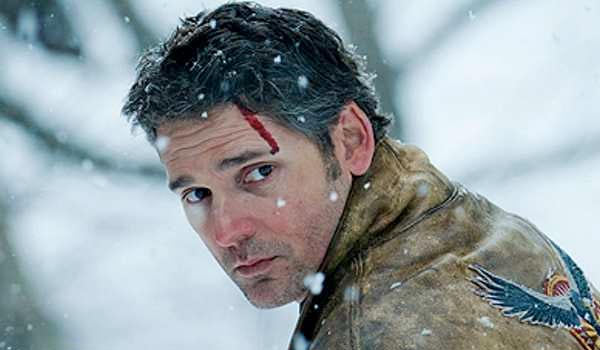 Bana is known for his acclaimed roles in Chopper, Black Hawk Down and Munich. Recently completing the true crime podcast turned Netflix original series, Dirty John, he is also working with renowned Australian filmmaker Robert Connolly on the film adaptation of Jane Harper’s best-selling novel The Dry. Together with a line-up of industry jurors, Bana will tap into his vast industry experience to determine a winner amongst the 16 finalists at Tropfest on Saturday 9 February at Parramatta Park.  More exciting jurors to be announced next week – so stay tuned!

“I’m really looking forwarding to attending my first Tropfest and excited to see the raft of fresh, original ideas and works from our young emerging filmmaking talent,” said Bana.

“Bana has carved out an incredible career for himself both in Australia and internationally,” said Tropfest Founder John Polson. “I know the finalists will be absolutely thrilled to have such an iconic Australian star sit down and give their work his undivided attention.”

For the first time in 27 years, Tropfest will live-stream a ground-breaking, interactive show in partnership with Facebook Australia and CGU Insurance, called Tropfest All Access on Sunday 10 February at 4:00PM AEDT. Audiences around Australia and the world will be able to watch all 16 finalist films from Tropfest 2019 at home, exclusively on Facebook Watch. The show will feature the winner’s announcement, exclusive footage from throughout the night including the juror’s deliberations, and interviews with John Polson and other A-list stars.

Broadcast live on the Tropfest Facebook page, Tropfest All Access will be hosted by Australia’s most fabulous film-geek Maude Garrett and co-hosted by Tropfest Founder John Polson. Viewers can comment, ask questions, contribute to the conversation with the show’s guests, answer Polls, and win cool prizes throughout the broadcast.