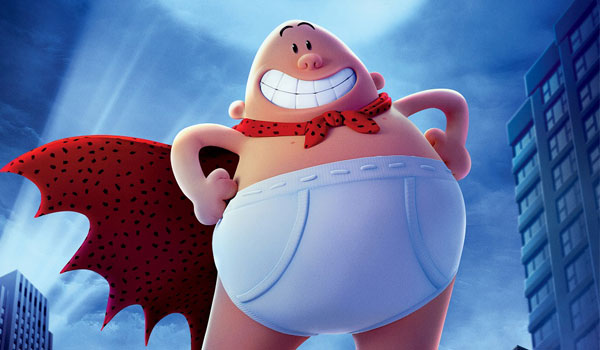 From DreamWorks Animation comes an epic feature film about a hero and his underpants. It’s about two boys who create a homemade comic book character that becomes real when they hypnotise their fun-crushing school principal and convince him that he…is tra-la-la…CAPTAIN UNDERPANTS.