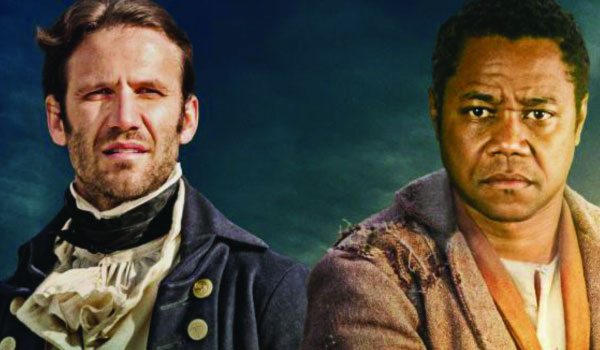 The film will screen early in Australia and New Zealand for one day only on Monday 18th August. All funds generated on this day will go towards Australian charity Destiny Rescue that deal with the tragic reality that is human trafficking in 2014.

‘We are committed to rescuing 100,000 children by 2020’ said Destiny Rescue Australia CEO Michelle Winser, whose company daily rescues children from harsh and dangerous situations. “The partnership with Heritage Films and FREEDOM not only generates much needed funds but also allows the topic of slavery to be discussed in homes all over the country”.

FREEDOM, starring Academy Award winner Cuba Gooding Jr, tells the incredible story of Samuel Woodward and his family, as they escape from a plantation near Richmond, Virginia. Members of a secret network known as the Underground Railroad risk their lives as they attempt to spirit the family north to Canada and freedom.

FREEDOM Director and Destiny Rescue Ambassador Peter Cousens brings to the big screen a story that shines a spotlight on the unheralded bravery of ordinary people risking their lives to give hope and freedom to others.

47 cinemas throughout Australia and New Zealand will be holding VIP Charity Screenings of FREEDOM on Monday 18th August. For cinema details and to purchase tickets please log onto www.destinyrescue.org/aus/blog/freedom-movie

About the film
Two men separated by 100 years are united in their search for freedom. In 1856 a slave, Samuel Woodward (Cuba Gooding Jr.) and his family, escape from the Monroe Plantation near Richmond, Virginia.

A secret network of ordinary people known as the Underground Railroad guide the family on their journey north to Canada. They are relentlessly pursued by the notorious slave hunter Plimpton (William Sadler). Hunted like a dog and haunted by the unthinkable suffering he and his forbears have endured, Samuel is forced to decide between revenge or freedom.

100 years earlier in 1748, John Newton the Captain of a slave trader sails from Africa with a cargo of slaves, bound for America. On board is Samuel’s great grandfather whose survival is tied to the fate of Captain Newton. The voyage changes Newton’s life forever and he creates a legacy that will inspire Samuel and the lives of millions for generations to come.