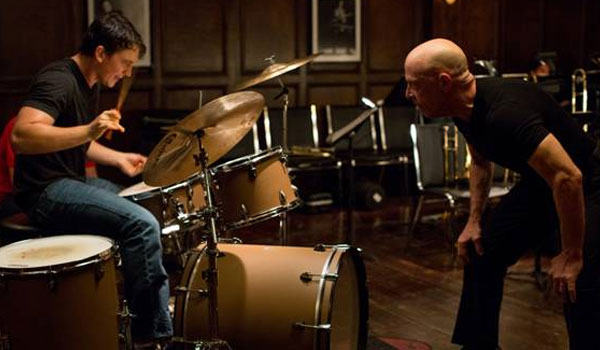 Winner of both the Grand Jury Prize and the Audience Prize at the 2014 Sundance Film Festival and recipient of a multitude of extraordinary critical reviews, Damien Chazelle’s WHIPLASH opens in Australian cinemas on October 23.

One of the most expertly-crafted films in recent years with impeccable performances by Miles Teller and J.K. Simmons, WHIPLASH is not only a riveting drama but also an examination of the cost of true greatness.

About the film
Andrew Neyman (Miles Teller) is an ambitious young jazz drummer, single-minded in his pursuit to rise to the top of his elite east coast music conservatory. Plagued by the failed writing career of his father (Paul Reiser), Andrew hungers day and night to become one of the greats. Terence Fletcher (J.K. Simmons), an instructor equally known for his teaching talents as for his terrifying methods, leads the top jazz ensemble in the school. Fletcher discovers Andrew and transfers the aspiring drummer into his band, forever changing the young man’s life. Andrew’s passion to achieve perfection quickly spirals into obsession, as his ruthless teacher continues to push him to the brink of both his ability—and his sanity.

ONLY AT THE MOVIES! OCTOBER 23