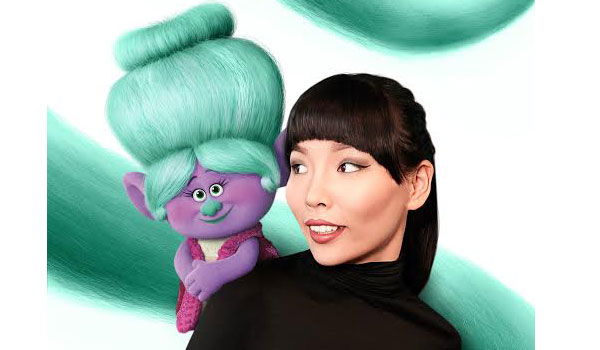 20th Century Fox Film Distributors Australia is excited to announce that chart-topping artist and Eurovision star Dami Im is joining Anna Kendrick and Justin Timberlake in the Australian version of this year’s hugely anticipated film from DreamWorks Animation, TROLLS. Dami Im lends her voice to the small but significant character of Grandma Rosiepuff, the grandmother of Justin Timberlake’s character Branch!

“I’m very excited to be involved in DreamWorks’ TROLLS alongside such an amazing cast. I had so much fun recording my small part and it’s an honour to voice Justin Timberlake’s Grandma! I can’t wait for everyone to see the film, and get immersed in this incredibly fun, colourful, music-filled world.”

The talented singer-songwriter will join Justin Timberlake at the Australian Premiere of TROLLS, this Sunday November 20 at Hoyts, Entertainment Quarter, Moore Park.

From the creators of Shrek comes the most smart, funny, irreverent animated comedy of the year. Enter a colourful, wondrous world populated by hilariously unforgettable characters and discover the story of the overly optimistic Trolls, with a constant song on their lips, and the comically pessimistic Bergens, who are only happy when they have Trolls in their stomach. The incredibly infectious soundtrack is produced by Justin Timberlake and features original music, including his #1 worldwide smash ‘CAN’T STOP THE FEELING!’, along with new tracks from Ariana Grande and Gwen Stefani, and a number of classic hits from the ‘60s – ‘80s performed by the cast.