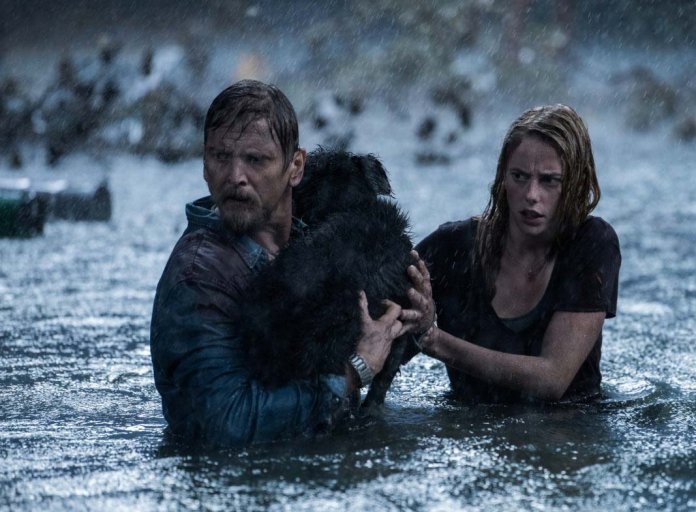 Hungry for a creature feature? Got a craving for a monster movie? You can do a helluva lot worse than the highly entertaining Crawl, directed by Alexandre Aja (and produced by horror-enthusiast-fan-favourite Sam Raimi).

Starting by efficiently establishing the character of swimmer Haley Keller (Kaya Scodelario) and her motivation to find her suddenly missing estranged father Dave (Barry Pepper), she ends up stuck beneath the family home during a hurricane in Florida, trapped by a pair of ravenous alligators. And that’s about it. And it works. 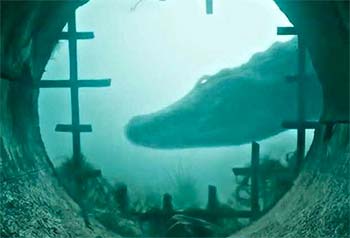 Scodelario really throws herself into her performance with admirable gusto (with lots of help from stalwart Pepper), and it must be said that this was clearly a very physically demanding movie. The poor cast spend half the film up to their necks in filthy water, or under it, tossed around by the storm. Unlike many modern horrors, this film has that genuine tactile quality that makes things feel more involving and exciting. The characters’ struggles are as simple as trying to reach a phone, or a door, and the brutal conditions of their environment make it extra-tense. Special commendations to the effects team for making a really great storm. It only really dawned after the movie that the storm couldn’t possibly have been real.

Crawl isn’t afraid to flirt with a bit of silliness now and then, and we were laughing and cheering simultaneously at some of the sentimental (and horror) hokum. It takes a lot of glee in dispatching people by ‘gator, usually in a screaming, bloody mess. The film is self-aware, but it’s not self-parodic – it has a tiny dash of that achingly sincere spirit of a Steven Chow film from time to time. There are more than a few moments when your suspension of belief fails but it’s all so enjoyable it doesn’t really matter. By keeping its ambitions modest, it hits all its targets very nicely.

Crawl is a horror film most people can enjoy: not too cruel, not too scary, kind of corny and somehow just right. And, if you’re anything close to a horror buff, it’s a gem.