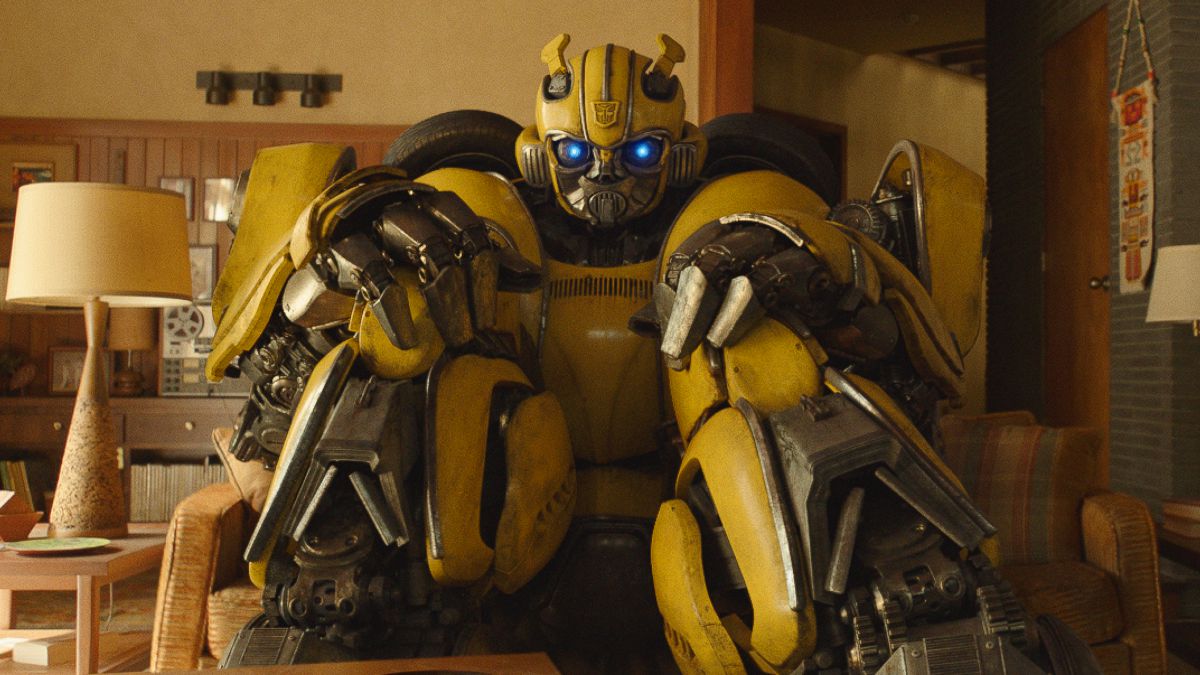 Thanks to Paramount Pictures and Hoyts for the chance to see ‘Bumblebee’ before its national release. This is our review of the movie, but as usual, no matter what we say, we still recommend you to go and see it at your local cinema because there is no better critic than yourself!

Bumblebee is a stand alone Transformers movie starring Hailee Steinfeld and John Cena. Set in the 1980s, the film is a prequel to the previous Transformer films. With a PG rating the film is catered to a younger audiences and draws inspiration from the 1980s Transformers animated series. Hailee Steinfeld is Charlie, a teenage, punk, misfit who finds Bumblebee (a transformer disguised as a VW beetle) in an old mechanic shop. Charlie soon discovers her car is actually the transformer Bumblebee, an autobot who is hiding on Earth. The two strike up an unlikely friendship as Bumblebee helps Charlie navigate life as a teenager. Meanwhile two Decepticons hunt for Bumblebee on Earth.

Bumblebee has a lighter tone compared to the previous films, which were infamous for their overly sexualised depictions of women. The film’s PG rating means it has taken all the “sleezy” elements (targeted at teenage boys) out. Which is good to see!

Bumblebee’s retro “80s” setting and soundtrack definitely adds to the upbeat feel of the film. Parents taking their kids will feel nostalgic for the original 80s series and classic 80s films, like The Breakfast Club and Ferris Bueller’s Day Off. Charlie’s coming of age is handled nicely. She overcomes family issues and built up teen angst in a comedic way, making it enjoyable to watch and not overly corny.

Bumblebee introduces the Transformers series to a whole new generation of children. The previous films were targeted at a male audience and having a well rounded female lead is fantastic to see. It shows that action comedies films, such as Bumblebee, are made for everyone.

Bumblebee is the best film in the Transformers franchise! The film’s upbeat and comedic tone, excellent actions sequences make it an enjoyable experience the whole family.