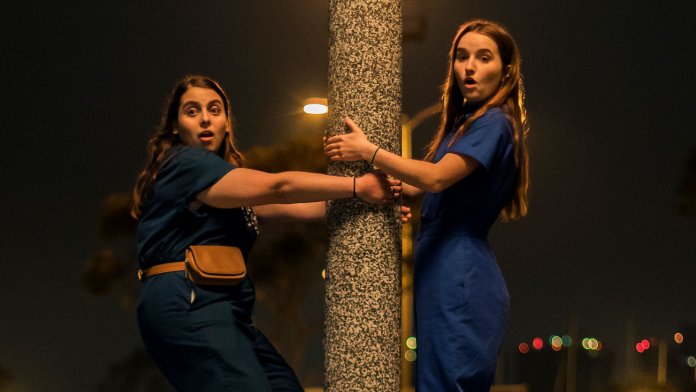 Thanks to The Sydney Film Festival, we had the chance to see “Booksmart” before its national release. This is our review of the movie, but as usual, no matter what we say, we still recommend you to go and see it at your local cinema because there is no better critic than yourself!

Olivia Wilde, most commonly known for her performances in films such as Tron and Rush, has taken her talent behind the camera, directing the highly acclaimed Booksmart. Booksmart stars Kaitlyn Deever, Beanie Feldstein and Billie Lourd. The film is centred around Molly and Amy, two “booksmart” high school students. These girls have always chosen studying over partying so on the night before graduation they embark on having one night of fun before leaving for college.

The film succeeds in balancing elements of farce with realism. Booksmart is a refreshing take on the teen genre. In the same vein as the teen comedy Superbad the main characters find themselves in hilarious situations throughout the film. 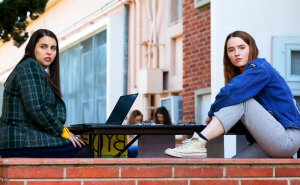 Booksmart succeeds in breaking down the two – dimensional stereotypes found in many High School dramas. It avoids portraying the teens as the stereotypical jock, nerd and popular girl archetypes.  The characters have been fleshed out and this makes for a more realistic portrayal of a high school setting.

Booksmart is full of quotable lines and outrageous characters, it will go down as a modern teen classic.  Billie Lourd’s character Gigi adds a humorous element, playing a self absorbed hippie with a heart of gold that randomly pops up throughout the film.

Booksmart is a coming of age film that doesn’t take itself too seriously. The film is progressive without being in your face about the themes it explores, it avoids the corny clichés common to many teen films

The film is conscious of the expectations of the teen genre. Booksmart presents well known “teen” scenarios onscreen and then subverts them to make them both funny and surprising for the audience.