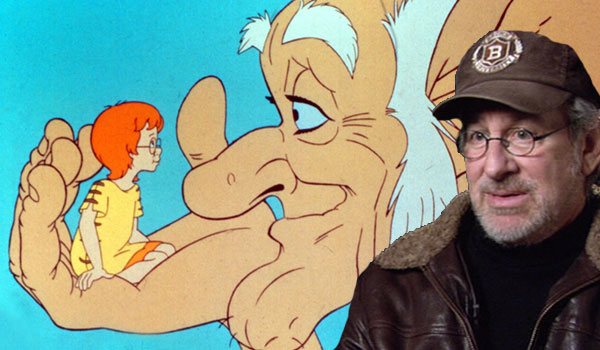 Ronald Dahl’s iconicBig Friendly Giant (BFG) is to get the Hollywood treatment with Steven Spielberg and, potentially, Tom Hanks linked to bringing this childhood classic to the big screen.

The project will see Spielberg reunite with E.T screenwriter Melissa Mathison and is set to hit cinema screens in 2016, with Hanks in the running to play a major role. The live-action movie will chart the familiar tale of the BFG that befriends a young girl, and the ensuing adventure the two share.

In 2011, DreamWorks acquired the rights to the 1982 classic but the search for a director with the vision to do suitable justice to such a classic has been a long and difficult road, with a number of directors attached to the project but, ultimately, never committing. Now, with Spielberg’s attachment, along with Mathison, fans the world over will undoubtedly be hoping that some of the magic that made E.T such a classic, will spill into the BFG.

Having previously been adapted into an animated made-for-television movie in 1989 for U.K audiences, the remake follow a slew of Dahl’s works that have hit the big time, including the timeless classic Willy Wonka & the Chocolate Factory in 1971 (and of course the horrendous remake starring Johnny Depp in 2005).

With no other info at this time we’re eager to see what this Hollywood tag-team will do with the BFG – roll on 2016.