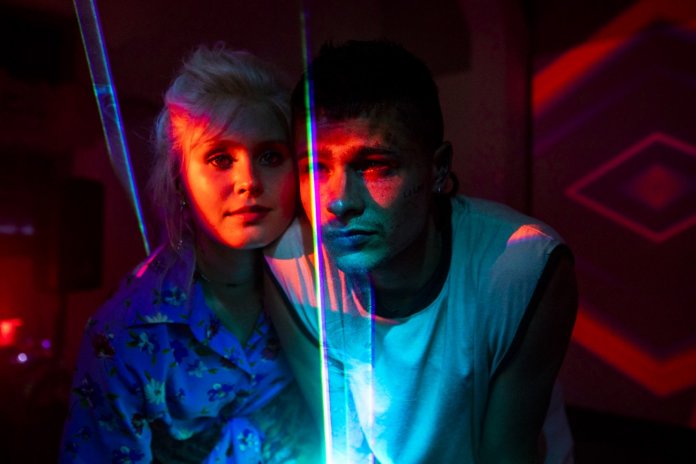 Thanks to Universal we had the chance to see ‘Babyteeth’ before its national release. This is our review of the movie, but as usual, no matter what we say, we still recommend you to go and see it at your local cinema (which are back open) because there is no better critic than yourself!

After a spectacular run at international film festivals the much talked about Australian drama Babyteeth has arrived at our cinemas. The film’s array of Aussie stars includes, Eliza Scanlen, Essie Davis, Toby Wallace and Ben Mendelsohn. 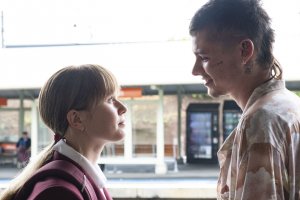 The film is a coming of age story about Miller (Eliza Scanlen), a misfit teen dealing with cancer. After a chance encounter with Moses (Toby Wallace) a high school drop out and part time drug dealer, an unlikely friendship is formed. This friendship is the catalyst for the drama of the film, as Millers mum (Essie Davis) and dad (Ben Mendelsohn) and not pleased.

Based on a play of the same name, the film is told in vignettes, requiring the audience to fill in the gaps of the story between scenes. This structural format brings different perspectives to the film and makes the audience feel like voyeurs looking into a complicated family life. The film further brings the audience into its vortex through using tight close ups and small closed spaces. These cinematic techniques create a cramped, claustrophobic and uncomfortable environment. This reflects the feelings of entrapment the characters’ experience due to the circumstances in which they find themselves. 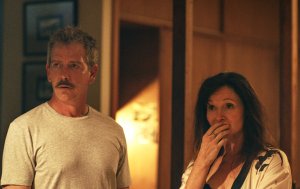 The unique tone and style bring a powerful authenticity to the film. Babyteeth dips in and out of darkly comic moments, the anxieties of teen life and the nostalgic freedom of youth whilst dealing with the trauma of cancer.

Eliza Scanlen are Toby Wallace are the standouts in the film and have a palpable onscreen chemistry.  Scanlen brings a gravitas to the role of Miller and a rich complexity that is both relatable and heartbreaking. Wallace’s infectious energy lights up the screen, his character of Moses is a parents’ worst nightmare. Moses is played with a cheeky and loveable nature, inviting both Miller and the audience into his world.

Babyteeth has been called one of the best Australian films of the year and one would have to agree. It is a complex and compelling family drama told without judgement.