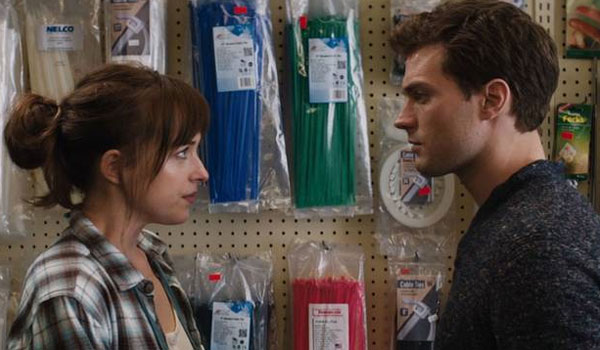 Fifty Shades of Grey has proved to be the biggest Blu-ray and DVD event of the year with the biggest week of sales in Universal Pictures’ history.

The Blu-ray and DVD of the year, Fifty Shades of Grey, hit shelves last week and quickly became the best selling home entertainment release in the history of Universal Pictures in Australia. The Film was also the highest selling Digital release in the Company’s history. The seductive story has exceeded previous Universal Pictures bestseller, Mamma Mia!, alongside other blockbuster titles such as the Fast and Furious Franchise, Bridesmaids and Ted.

The film has also quickly become the highest selling Blu-ray and DVD this year for the Home Entertainment category.

The state of NSW saw the largest number of Blu-ray’s and DVDs purchased, representing a whopping 34% of the market share! Sydney’s sexiest suburbs include Penrith, Campbelltown and Toowomba, with Fifty Shades of Grey sales rocketing in these areas.

Jim Batchelor, Managing Director of Universal Sony Pictures Home Entertainment Australia, said: “We’re absolutely thrilled with the popularity of Fifty Shades of Grey. As a Team, we’re always striving to deliver innovative campaigns and it’s wonderful to see Australia far and wide embracing this movie at home. We can’t wait to see what Fifty Shades Darker has in store and are looking forward to repeating the success with that Film’s release.”

Starring Hollywood’s hottest new stars, Dakota Johnson (The Social Network, 21 Jump Street) and Jamie Dornan (Marie Antoinette, The Fall) as the infamous Anastasia Steele and Christian Grey, Fifty Shades of Grey is a must- have for any home entertainment collection.