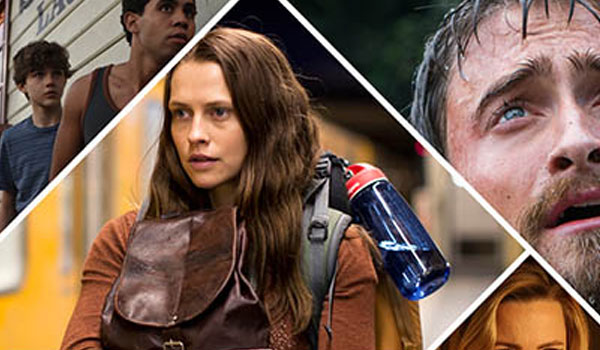 The Australian Academy of Cinema and Television Arts (AACTA) today announced the nominees for Best Feature Length Documentary as well as the feature films in competition for this year’s AACTA Awards – Australia’s highest screen accolade.

The nominees represent a fascinating collection of stories, including an exploration into one of the world’s most infamous child murder mysteries, a national treasure’s deep dive into Australia’s cinematic legacy, a gripping account of Sydney’s gay hate crime epidemic in the 1980s and 1990s, a visual journey into the private life and creative legacy of one of Australia’s most acclaimed artists, and a look at the challenges of becoming a man in both Indigenous and non-Indigenous Australia.

“Through the establishment of our Documentary Branch, we’ve been pleased to open up the nominations process to all of our AACTA members with documentary credits,” said AFI | AACTA CEO Damian Trewhella. “By engaging with the larger documentary community, we’ve seen overwhelming engagement and an increase in votes, which showed five clear nominees from our thriving documentary industry.”

In addition, a record breaking 35 feature films will compete for nominations at this year’s AACTA Awards.

AACTA also today launched the Festival of Australian Film – For Your Consideration (formerly the Official Screenings Program), which will see members experience the best of Australian cinema this year alongside peers and cinema lovers. The full program will screen again in Sydney and Melbourne, with the full program to be extended to Brisbane for the first time in nine years.

AACTA’s Festival of Australian Film – For Your Consideration will open in Sydney and Melbourne in late August with special preview screenings of ALI’S WEDDING, the winner of Sydney Film Festival’s Foxtel Movies Audience Award for Best Feature.

The full program will launch in Brisbane with a special preview screening of THE BUTTERFLY TREE. Filmed in Tamborine Mountain in Queensland, the film is Queensland-based writer-director Priscilla Cameron’s feature film directorial debut and stars Ewen Leslie and Melissa George.

“We’re thrilled to return to the growing screen community in Queensland, bringing our full Festival of Australian Film program to our Brisbane members,” said AFI | AACTA CEO Damian Trewhella. “It’s also great to see a strong representation of Queensland film in the feature films in competition this year, including DON’T TELL, AUSTRALIA DAY, JUNGLE and THE BUTTERFLY TREE.”

“It’s great to welcome these screenings back to Brisbane by providing funding over two years,” Ms Vieira said. “The Festival of Australian Film is just one of 23 festivals and events Screen Queensland is supporting in 2017 and 2018, ensuring Queenslanders across the state have access to a range of innovative content from traditional cinema to new platforms.”

The AACTA Awards are proudly supported by the New South Wales Government through its tourism and major events agency, Destination NSW.